In the early 1980s Commodore released the world's first color video home computer, the VIC-20, which quickly sold millions of units across America and Europe. It was so phenomenally successful that when Commodore planned their next model, they decided to keep the VIC's general design and to upgrade the sound, graphics, and memory. They named this new machine, now with 64 kilobytes of memory, the Commodore 64 (alias C64, CBM64, C=64, VIC-64, VC-64 in Germany, VIC=64S in Sweden). 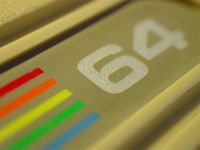 Commodore often recycled designs from earlier computers. For example, the prototype of the C64 had the same case as its predecessor, the VIC-20 (which looked like a brown breadbox with black keys and brighter function keys). The first production run of the C64 also differed in case and keyboard colors from later models. The following variants were brighter, flatter, or more modern looking, though the concept of a home computer with a keyboard stayed the same (with exceptions like the SX-64 and C64 Game System). The ports and interfaces are listed with ‘I’ for data input and ‘O’ for output: 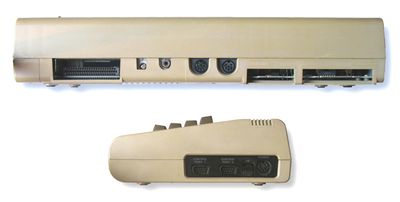