In Turrican II - The Final Fight Bren Mc Guire is on the way to the border of our galaxy, together with his crew on the spaceship "Avalon I", into unknown areas from which nobody ever returned. During the briefing the Avalon meets a huge unknown battle cruiser. It directly attacks the Avalon with an unknown light weapon and switches off all defence and weapon systems. Seconds later alien mutants enter the Avalon and kill almost the whole crew. Only Bren Mc Guire survives by chance. When the attacker had left the ship, he goes to the "Turrican" combat suits, puts one on and swears "Revenge!".

Graphics and sound are both at its best. There are 11 levels, 3 of them are Shoot'em Up levels, where Turrican glides inside an orbital glider through the levels. The second to last level (5-1) reminds one a bit of the Alien movies by Ridley Scott. The level build-up is - as already in the first part - conceptionally done very well and has many hidden bonus rooms.

The hero is steered by joystick in port 2 and the keyboard through 11 huge levels in 5 worlds. Turrican has 3 normal weapon systems, the multiple scatter shot, the laser and the bounce shot. These are activated or upgraded by extras that fly around or are hidden in bonus blocks. Additionally there are special weapons.

There are so many trainer versions that there is no need to enter pokes. If you have the originals, you should enter the pokes with the use of the corresponding cartridge (e.g. Action Replay):

These pokes were tested with the tape version.

Logan: "The game is just great! Everyone owning a C64 should have it."

Guybrush: "A must-have! As part 1, the game goes beyond the known graphical and acoustical scope of the C64. Again, especially ingenious is the music by Chris Hülsbeck*, I am a proud owner of the official Turrican soundtrack, which is also worth a look for a fan of this game."

The highsore list is saved on disk in Tr12, Se12 hex. (18, 18 dez) when using the disk version. To restore the original entries of the list, you must proeceed as described in this thread in Forum 64

In the Game On the first preview was released in April 1991.

Differences of the version[edit | edit source]

There are many crack versions, but no original from the D64 image (yet). Here a list of the cracks: 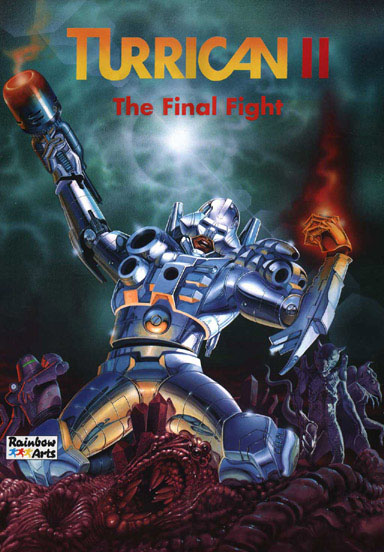 In January 1994 Turrican II was rereleased on the Golden Disk 64. 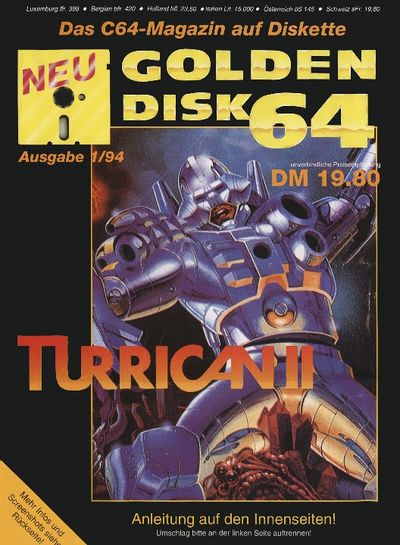 This game package was published in 1994 and cost between 20,- and 29,- DM. It contained Turrican II in the Amiga and in the C64 disk version, as well as a joystick with normal fire button and permanent fire button. 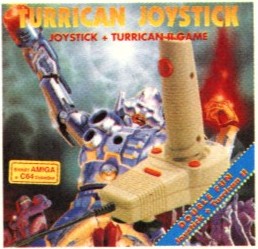 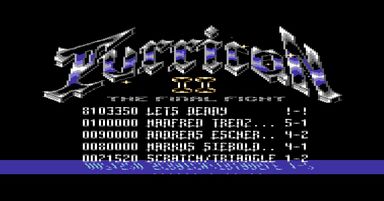