Rainbow Arts was a developer and publisher of entertainment software. Originally developing C64 games, it progressed to creating Amiga and PC-based games. It became one of the biggest computer development companies in Europe.

The company was founded in 1984 by Marc Alexander Ullrich[1] and Thomas Meiertoberens. Ullrich became the CEO while Bernard Morell took charge of production.

In 1987 Teut Weidermann joined the company[2] and became head of development because of his ability to bring desirable games to the company. The first was a friend's game called Sarcophaser, in which Weidermann developed the graphics & level design. At the same time Weidermann was working on an R-Type clone for the Amiga. While demonstrating his demo at a cracker meeting, a group called Lightcircle demonstrated theirs. Weidermann eventually bought the game from the group (known as Factor 5 for commercial publishing) for 25,000 DM (about 13,000 EUR). Meanwhile Manfred Trenz had written a shoot-em-up on the C64 called Katakis and the Amiga R-Type had its name changed to Katakis despite having nothing in common with Trenz's game.

In 1988 the official R-Type license was bought by Activision and having seen Katakis, sued Rainbow Arts. A deal was made however that Rainbow Arts would complete the port of R-Type to the C64 and Amiga in exchange that Katakis could be re-released.

Having agreed to create the port of R-Type, Katakis was re-relased as Denaris. Following this, Manfred Trenz had started to write another shoot-em-up for the C64 this time inspired by Metroid: an 8-way scroller called Turrican. Half-way into the project with over 17 ongoing projects a number of Producers were hired: Boris Schneider and Martin Gaksch of Powerplay magazine. Schneider was assigned to all EA Lucasfilm game products and Gaksch headed-up the deveoplment of Rock'n'Roll.

Another producer who joined at this time was Julian Eggebrecht, from EA Lucasfilm, who took charge of the Turrican development.

Eggebrecht started the development of Turrican II immediately afterwards. Once complete Egggebrecht left to form a company with the name Factor 5 which moved to California.

Rainbow Arts was bought by Funsoft in 1997. 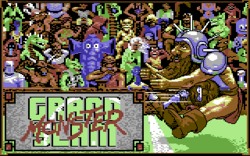 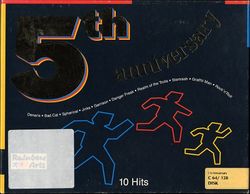