It is 2019. Something unbelievable has happend, for which 12 billion people have waited for a long time. The first contat with extraterrestrial life! But the aliens were not friendly and conquered the earth bit by bit. The special thing was that they did not come from space, but from the seas. They are aliens, that live in the water and came here by an artifically created Einstein-Rosen Bridge. Through this wormhole came not only the aliens, but also strange alien sea animals and they now render the coasts uncertain. Unfortunately, the world government found no experienced submarine pilot, to pit himself against the water aliens. Only a retired submarine veteran with an alcohol problem could be persuaded for this mission...

The game starts with a spectacularly animated intro. After the start of the game you find yourself in the shop and can compose your ship. For this you have 15.000$. After that you get to the first level, of which there are 8. Between the levels you always get into the shop where you can buy new ships and sell yours.

The graphics are designed nicely, sometimes a few sprites flicker. The best things at the game are the sound effects and the soundtrack, they do not get out of the head easily. The game is well playable and has no unfeasable situations.

Controls in the shop[edit | edit source] 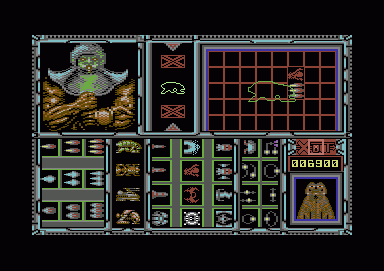 Choose a ship and drag it onto the grid, then equip it with the weapons of your choice. You have 15.000$ for this. You can also sell by dragging things onto the "Moleb". To leave the shop click on the X-Out symbol. 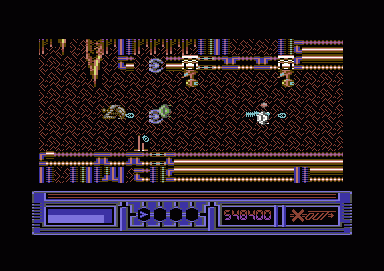 The game is controlled by joystick in controlport 2.

All other keys: reel in the drones that have been sent out 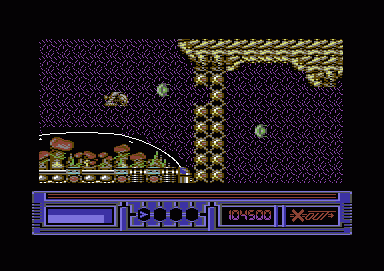 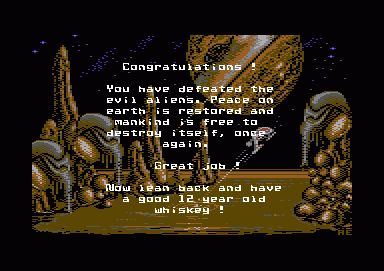 Logan: "X-Out was the first real good shooter that I had on the C64. It should not be missing in a good game collection! P.S.: If you like winding your tape you should go for the tape versoin. LOL"

Darkstar: "Quite the best shooter on the C64 (next to Katakis). Brilliant music by F.A.M.E., great graphics, and the idea with the shop was also rather innovative for that time and has added a certain tactical element to all the shooting ('should I rather buy only one ship and equip it well? Or maybe a small substitute ship?')."

Robotron2084: "I have no idea which version of the game my previous speakers have tested, the X-Out that I have played, exhibits brilliantly an absolute mediocrity. O.k., the lead text is really brilliant and if you listen very closely, you can even (want to) recognize a digitalised voice in the murmur. But the game itself is technically not really that good. If you could already rejoice in the flickering sprites, color-clashes and graphics bugs of Katakis, you can breathe again: THEY ARE ALL ON BOARD AGAIN! And even better: When you have hardly composed your well-equipped ship, paid by your score (what an unbelievably stuped concept to use the number of points for this. Very "unusual", it is!), the processor bends already. With all those shots the game gets heavily out of tact! The music suddenly gets slow and you kind of control like through sticky gum. Technic that does not enthuse THIS WAY. And even more, you have to turn the disk TWICE (!!!) after every level. Awful! I never quite got all this gushing about Katakis, but that really beats it. Armalyte, IO or Zynaps outmatch this botch by a mile. *edit* I have found a version that fits on one disk side. Not having to play the DJ all the time upvalues the game immensely: 6 out of 10 points." 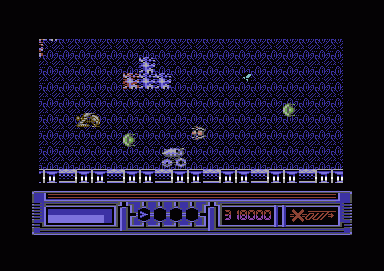 According to different tests, only the versions by "Action", "Genesis Project and "NVM-MCP Team" are seemingly free of bugs. 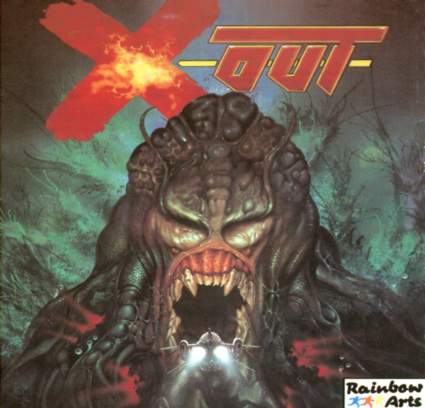 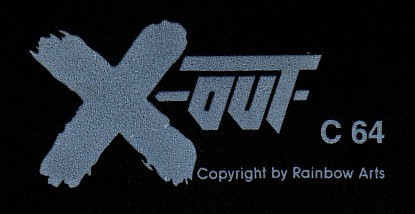 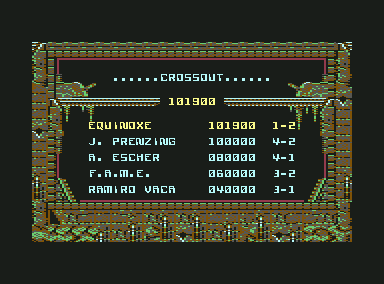