IK+ (International Karate +) is concerning the gameplay almost idential to the game International Karate, however, now 3 karate fighters compete at the same time. Instead of the turn kick and the somersault the fighter now can do the headbutt, the "Flip-Flop" and a splits jump, with which one can throw both fighters to the ground at the same time. All 3 fighters have the same speed, strength and know the same punches and kicks. The fighter that has 6 points first wins the round. The fighter with the least points drops out. After every two survived rounds there is a bonus round, in which you have to repel balls with a shield. If you make it to repel all of the balls you will get a "Survival Bonus" of 5.000 points.

There are the following game modes:

All three karate fighters compete against each other in the same arena, which is well animated. E.g. from time to time a fish jumps out of the water, a spider lets itself down or a bird flies by, additionally the sun reflects in the soft waves. The digitalised fighting cries were taken over from the forerunner.

Each of the eight joystick directions makes a different movement of the fighter, and the additionally pressed fire button makes another 8 movements. However, some movements result from the direction in which the fighter is looking (basic positions are: left fighter looks to the right and vice versa). If the basic position of the fighter is not available, the fighting movement is mirrored from right to left to the joystick movement. For an attack the joystick needs to be pressed in the corresponding direction until the fighter has ended his movement. If after that the next movement etc. is quickly chosen with the joystick, the fighter will then carry out a continuous series of the chosen attack / defend movements without pause.

Werner: "This game is really fun and offers well-done graphics and animation. Unfortunately, there is only one arena."

o.b./TRSi: "An addictive game, which I even today in the 21st century like to play for a few hours. Originally I bought the game in England because of the music by Rob Hubbard. But when I noticed that nobody had yet published this game, I sat down in the break room with the printout of the loader for a school hour - and in the afternoon my version was finished."

Rockford: "Soft animations, good music, alnost perfect playability .. this game easily deserves 9 out of 10 points from me. The only disadvantage is the almost scandalous absence of further backgrounds. The bonus game, which slightly hinders the flow of the game, clears this disadvantage, as you can collect lots of points there. Every 3 or 4 rounds would have been enough, though."

Shakermaker303: "Yo, the game rocks. As many have already critisized, there is unfortunately only one arena. But therefore this one screen is done very nicely, with many movements and nice colours. The new fighting techniques are also ok, I even like the bonus games with hopping balls, which you have to avoid. At least as good as the forerunner 10/10 = full points."

Since 25.07.2008 the game is available for download for the Nintendo Wii Virtual Console. 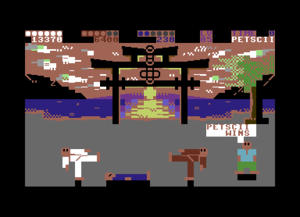 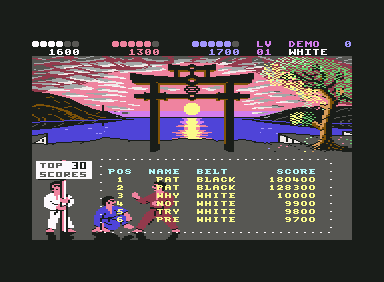