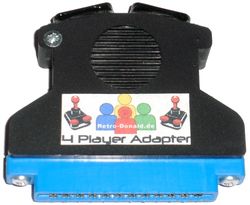 A multiplayer interface is an interface for additional standard joystick ports. The interface must be plugged into the user port or control port and extends the computer to 2 or 8 additional joystick ports generating a total of 4 to 10 joysticks that can be used simultaneously. These are not usually compatible with each other and need to be supported by the game.

For the C64/128 a selection of interfaces and games exist, which are listed below. One interface and game for the VIC 20 also exists, called 8 Player Panic which supports up to 9 players simultaneously.[1] 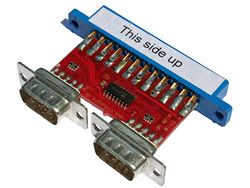 These games support a multiplayer interface: