Enter the world of off-road racing as 4 vehicles will face each other, on eight different tracks. Up to three cars can be controlled by human players. Fame, glory and bikini clad women await your victories and the taste of dirt awaits if you fail. Let a computer car beat you and you lose one of your 3 credits.

Successful races bring more money, which can be used to soup up their machine. Boosts to top speed, grip and acceleration can be purchased, and your nitro boost must be kept topped up. If you are desperate for upgrades, you can buy into your spare credits. Only your off-road driving abilities will be enough to pull you to first place in these races.

The racing part of the game is shown in top-down view. The game consists of eight different tracks, each of these eight maps fit in one single screen without scrolling. This makes it possible to drive with three players simultaneously (two players using joystick, one using the keyboard). After each race prize money has been awarded (100.000 for 1st place, 90.000 for 2nd place, 80.000 for 3rd place and 70.000 for 4rd place), plus the picked up money bags during the last race. With this money nitro boost can be bought as well as tires (to improve cornering), shock absorbers, acceleration units and top speed accesoires.

Since the game has no end, but can - theoretically - be played endlessly, there is no solution.

Order of the tracks - the addition "r" means playing the track in reverse:

Ironman: "Good concept, excellent realisation. The game forces you to stay awake, play dirty, bump and bounce into the other vehicles and to speed up your own verhicle, since it's not easy to stay in first position. Multiplayer it's even harder to survive, but endless fun. Finally, the game has three excellent nervous music tunes. 9/10 ".

TheRyk: "All in all, a proper production. However, there a a few minor issues. Some tracks are a little bigger than the screen, so that you cannot see where you are steering if you are stuck in the corners. In addition, FX (at least optional) might have been a better idea in a racing game than jingles and ingame music. A highscore table is also missing. But the 3 player feature and the really tough but never unfair AI make me rate this a very good racing game (7 points), though it might not be a game for everyone but only for racing fans." 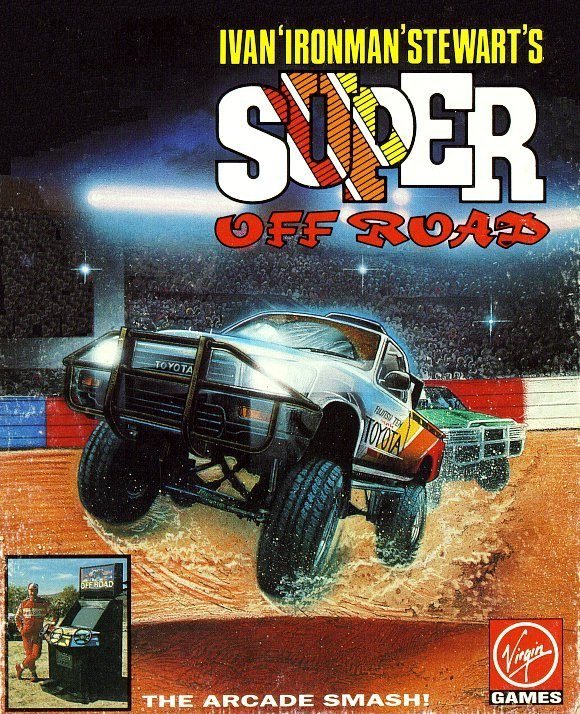 There is no highscore table in this game.