System 3 (full title System 3 Software Ltd) is the UK's most successful independent games publisher. For over 30 years, the company has launched several multi-million selling franchises and helped establish Activision as a European powerhouse.

The company is noted as one of the foremost software pioneers of the 8-bit era and has become the last surviving British independent games developer and publisher.

The first product that helped launch the label was Death Star Interceptor in 1984; originally developed for the Commodore 64 it was programmed by Mark Cale. 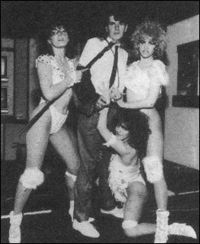 With some promising games in development, System 3 hired a trade stand at the September 1985 Personal Computer World (PCW) show in the Olympia Exhibition Hall, London. The stand was highly controversial however, as Mark Cale had organised theatrical promotions on stage for some upcoming games. The game Twister – Mother of Harlots, was promoted by three scantily-clad female dancers with a routine which kicked-off with the phrase “Naughty But Nice”, all in attempt to create publicity. Although it drew the crowds, the organisers of the PCW show threatened (due to complaints regarding the presence of minors) to deny power to the stand if the raunchy performance continued. Despite calling upon Fleet Street photographers and claiming all that was being offered was “entertainment for the kids”, Mark Cale conceded the point and withdrew his dancers. During this altercation, Andy Shafte walked out on System 3 to join another company. Nonetheless, the stage show continued and featured walls of blocks being destroyed by martial artists to advertise the forthcoming International Karate. Although the game was supposed to be on display at the show, Mark Cale had claimed there was a break-in at the System 3 offices and so no version of the game was available. In addition, a muscleman was present to advertise American GI, another game in development.

By 1986, International Karate was finished. The early graphics which had been created by Jon Hare of Sensible Software were completely re-drawn by the game's final programmer Archer Maclean, while the music was provided by Rob Hubbard. The game would become so popular that it reached the number one position of the US Billboard Charts (distributed in the US by Epyx and renamed for the US market as World Karate Championship). System 3 became the first European company to achieve this accolade. However this achievement was not without further controversy. The arcade publisher Data East claimed Epyx had infringed copyright of their game, Karate Champ. The case was initially settled in favour of Data East, and Epyx were required to recall each copy from distributors and consumers. A subsequent appeal overturned the original ruling which would prevent a company from owning all likeness to a genre in a video game. Although this ruling was a significant success, the financial burden of the recall contributed to the demise of Epyx. Similar accusations made about System 3 by Melbourne House regarding their game The Way of the Exploding Fist were also rebuffed. 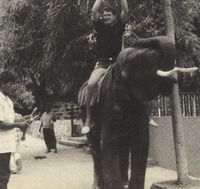 System 3's next project was the start of one of their first series of games; The Last Ninja. Mark Cale takes credit for the concept of the isometric adventure and claims that his intent was to make a departure from a side-scrolling 2D game and approach a fully 3D game that would “combine an arcade experience with adventure elements”. The game was thoroughly original and caught the imagination of millions of C64 owners, setting the benchmark for arcade adventure games. Containing visually stimulating backdrops with music by Ben Daglish, the game sold 4 million units, became a number one hit around the world and achieving a multitude of industry awards. Again, this success was not without controversy. In an attempt to prevent piracy of their games, System 3 developed a disk-based copy protection system which had the unintended consequence of knocking the drive heads out of alignment and rendering them useless. Consumers were furious and and an example of the anger was captured in a letter to Commodore User.

Also in 1987 System 3 released IK+, the sequel to International Karate. The gameplay had been improved, the music was remixed by Rob Hubbard, the action was quicker, and it featured three fighters as well as an increase in fighting moves. In 1988 System 3 experienced competition from former copyright accusers Melbourne House when Fist+ was released by Firebird. However, the sequel to The Way of the Exploding Fist was assessed to be a poor copy of IK+.

Late in 1987 came Bangkok Knights, a kick boxing game which was much less sophisticated than previous titles. Although it featured large multi-sprite characters, sampled speech, and music from Matt Gray and Rob Hubbard, there was little new. Once again Mark Cale was keen to surround the game with hype and publicity, this time by paying for seven UK computer games magazine journalists to fly to Thailand and watch real kick boxing with him and Tim Best. The trip was taken by some as an clear act of bribery by Mark Cale and were left unconvinced by the tenuous link.

The next hit was Last Ninja 2 and was released in 1988. Due to the fact that this sequel would be reviewed by games magazines in August and that System 3 would delay the public release of the game until November in time for Christmas sales, it is was assumed this was another publicity stunt. In addition it courted further controversy as the deluxe version of the game included a hard-edged plastic shuriken and a ninja mask. Many retailers refused to stock the game due to the included weapon and System 3 were forced to provide a list of stockist that would sell the game. The reviews of the game were favourable with impressive graphics, improved playability and a strong soundtrack from Matt Gray.

In 1989 System 3 released Dominator, a mainly side-scrolling shoot ‘em up clone of the popular R-Type arcade game; and like its inspiration, it was notoriously difficult. Mark Cale was keen to mimic this type of game and wanted to see graphics by Hugh Riley and music by Rob Hubbard in a game programmed by Paul Hughes. However Paul Hughes left to join Ocean after building the tape loader and was replaced by Jason Perkins, while Matt Gray replaced Rob Hubbard. The game was delayed from its original intended release and, frustratingly, the tape version was flawed with a bug that prevented the final level from loading. On successful conclusion of the game, the controversial phrase “SHIT HOT” appeared to congratulate the player.