The crazy scientist Fransz Dandruff has constructed a machine with which he can suck out the life from his victims and raise his own life energy. Dandruff kidnaps Flimbo's girlfriend, the beautiful Pearly, Queen of Dewdropland. Flimbo sets off to rescue her.

Course of the game

The player steers Flimbo through 7 levels. On his way, Flimbo looks for hidden scrolls, which he hands out to the wizard Dazz Bazian. With the help of these scrolls he develops a spell which carries Flimbo into the next level. For this spell several scrolls need to be searched and given to the wizard. To get to the scrolls you need to attack the enemies. After several hits, the enemies disappear and leave behind an extra, e.g. a scroll, several powerups, improved shooting power or the possibility to stay under water for up to 30 seconds. Furthermore, the player finds in the same way 5 hearts of different colours through which he gets an extra life.

The 7 levels of the game

Soft horizontal parallax-scrolling and pleasant graphics, but a music that gets a bit monotonous after some time (two melodies that rotate with every start of a new level). In return the end sequence is worth seeing. The highscore list cannot be saved in the original, but see section "Cheats". 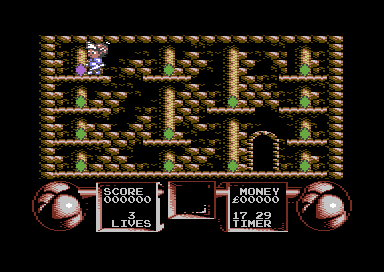 Controls in the title screen

Controls in the shop

Michael Boettger: "Nice game, that is why I have written this missing article."

H.T.W: "Despite the very good technical execution the spark does not ignite for me. Firstly, the levels are only one screen high, by which you are very limited, and secondly, the course of the game is kept very simple: Look for the monster that looks like the image in the middle of the display and flashes differently, take the scroll from it and bring it to the wizard. And this more often the higher the level. The shops and treasure chests bring in a bit of diversification, however, only good average for me."

Shmendric: "A nice jump&run with nice graphics (unfortunately a bit too suitable for children), nice sound and nice features. However, the right motivation to play it is missing, everything is only "nice", but nothing is "special". Furthermore I had the tape version at that time and the long loading times before the game and between the levels were a relative turn-off. Therefore I have taken it out only seldom and never played to the end, although I remember the difficulty grade as not exaggerated." 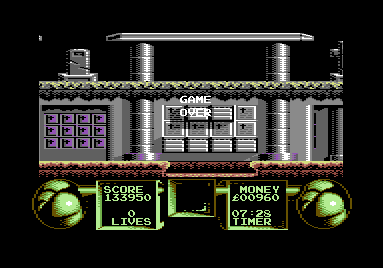