Street surfer is a somewhat different racing game. In single player mode you are dashing over a highway - on a skateboard! The mission reflects the environment protection movement of the 80s: save the planet by collecting empty bottles from the roadside. To be able to do so for a long time, you may not be run over by cars, have to avoid road holes and jump over chicken that seem to have escaped from KFC. You also may not ride on the green with too much speed. In case of an accident you lose health each time. Health can be restored by softdrinks offered from friendly drivers on the left lane. Of course those bottles are also collected and recycled at the end of each course.

I 'm short this week

Controls and gameplay: With a joystick in port 2 you direct the skater (left/right), accelerate (forward), brake (backwards) or jump (fire button). Only on the left lane you meet those car drivers of the rather friendly kind with the free soft drink offers. Whenever this happens, you have to navigate pretty close to the offered bottle after the message "Have a cola" etc. is displayed. If your own speed then matches that of the car, the skater should grab the drink and empty it with a corresponding sound. You can still navigate him while he drinks and even jump, while the health-bar is recovering. White empties to be collected appear on the left and right roadside, watch out for advert signs. At the end of each course, the skater slows down automatically and stops next to a recycling container. Then he throws his empties one by one into the container, receiving a little health bonus and 20 points for each. Jumping over chicken does neither produce any health bonus nor any points but only a short FX jingle, after all you do not kill and eat the chicken but keep it alive - politically correct as it befits for a greenie like you. ;)

Except for the quite handsome title screen, the game does not surprise with extravagant graphics, but rather presents the standard visual appearance of many racing games of those days. There have been better, but worse also. On the horizon, the conventional mountains scroll to and fro. Signs on the roadside warn: "Don't litter". The skater sprite was designed with great details, whereas other elements are kept rather abstract. The cars are kind of square, so a ZZAP!64 author sure had a point when he considered himself in LEGO-Land.

The game music is a feature creating very much fun and enhancing the "perceived speed" a great deal. The tempo of David Whittaker's tune adapts to the skater's speed. This may seduce you to ride even more recklessly then anyway. The FX are also at least okay and fit into the game's ironic atmosphere as well as the funny comments of your skater if you let him have another accident.

Down to the right of the screen there is a display showing the remaining distance to the next recycling container.

The obligatory recycling at the end of each course

If you had a cola, the same driver has nothing to offer anymore. So you must either speed up or slow down to meet the next friendly driver on the left lane. The cars are in a static order. You should memorize the sequence of cars and take advantage of that knowledge. In the ideal case, you can know on which lane you can be rode over and which is safe. Attention: It is even possible to stop on the green and wait until a series of left lane cars passes you. Then you can overtake them all and finally let them come one by one to give you a drink. Safety first: If you do NOT know what is lurking behind you, it's a good idea to keep in the middle of the road so that you are able to avoid cars.

Unknown. But you can find trainer versions on the appropriate websites.

TheRyk: "For me, Street Surfer is one of the very best racing games ever along with classics such as Pitstop II, Outrun or Buggy Boy. Definitely, it is NOT another Pole Position clone the world wasn't needing, as the ZZAP authors claimed in 1986. I liked the environmentalist aspect and was at the same time a little amused by it. Of course, it is no game to play for hours and days without any pause. Somewhere down the road, not only the mediocre graphics but even the proper sound will get boring. But this applies to the whole genre racing. For three games or even an hour the game is haunting enough due to the simple gameplay combined with the skill you have to devolop to get a cola at least once in a while. A top game I rate 9 of 10 points. Maybe the game had its role in my becoming of a diligent recycler. If I had not slight objections to skating on motorways, I would even claim the game is not only politically correct, but of a high educational value. By the way, there is no reliable information whether David Barbour was on the payroll of any of the great cola manufacturers."

Shakermaker303: "Okay but nothing special in my opinion."

Blubarju: "I also think, the game is quite ok. There is only a bit diversification in the gameplay and gfx. But anyway it gets 6 points from me." 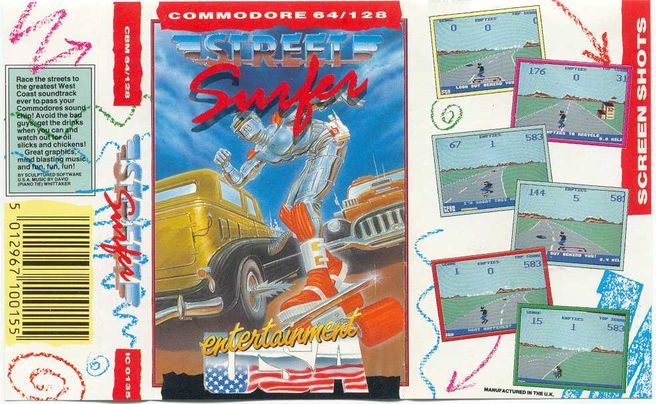 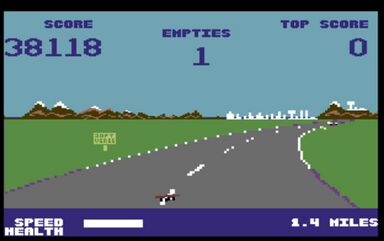