Originally, this space shooter was a pretty successful video game. You have to shoot all the ships you encounter on your way to the next planet. Furthermore, you have to avoid space debris, meteorites (which can even appear unexpectedly at the end of a level) and enemy ships that leave their formation. Your own ship is flying towards the centre of the screen and can be moved around in a circle.

Every level is sub-divided into two stages:

After the completion of a level, you warp to the next level. A counter tells you how many warps you still need to reach the next planet. A so-called 'chance stage' starts, a bonus level in which you can't die, but collect score by eliminating enemy formations as completely as possible. If you have completed Earth (level 24), the game is restarted at level 1 again.

The three-dimensional effect is supported by an animated starfield background. If you consider the early release date, the whole animation such as the warp or the explosions look pretty good. The FX are not bad either.

The lively ingame music was inspired by Johann Sebastian Bach's "Tocatta in D Minor." During the bonus level that music is replaced by a drum solo.

Jodigi: "Gyruss is a smashing space shooter that can absorb you for hours."

Robotron2084: "Rather boring than thrilling to my mind, for the game just starts from the beginning without any raise of the difficulty after level 24. Besides, the enemies tend to flicker awfully and the music goes on your nerves after 30 levels or so. Only recommendable to space warriors with insomnia. 5 of 10 points."

1570: "The game is a reasonably straight converted shooter. Especially the music and the FX are rocking. Unfortunately, there is no variety with regard to enemy sprite design or weaponry. Consequently, the game gets boring pretty fast. If you compare the game with other simple shooters with 3-D effect, Beamrider is definitely the better choice.

Rockford: "I used to load it time and again with my friends. The turning effect has not lost its charm, but the lack of variety is definitely not charming. I still have to grin whenever I face the message '3 Warps to your anus' - a sick sense of humour seems to survive childhood sometimes. Anyhow, not worth more than 5."

Klaws: "A really suitable conversion of the arcade game. The controlling is intuitive, the difficulty is well-balanced so that you get into the action pretty quick. The music is ingenious. It really moves the gameplay and is just fun! Without the music the game would really be incomplete. Who would have thought that J. S. Bach would ever create a top ingame music for a shooter game? Although the fascination is reduced after the first completion of level 24, up to that time: 9 points from me!" 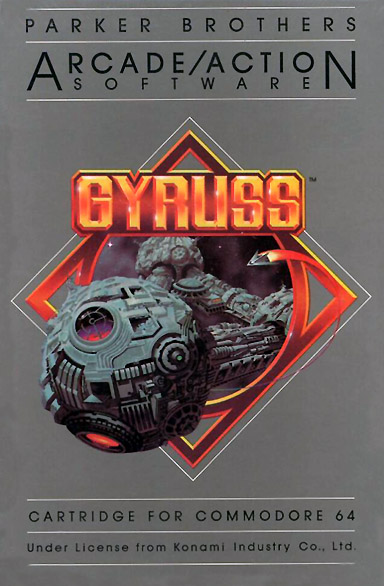 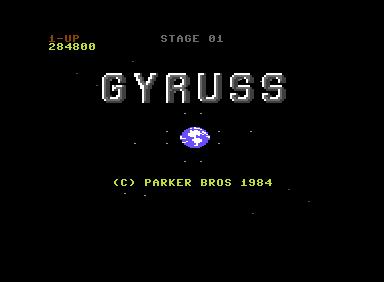