You control a spaceship that flies towards the horizon on one of five beams. The aim of every level /sector is to shoot 15 white UFOs; if this is done you need to destroy the mother ship, which passes at the horizon and only can be reached by torpedos.

In later levels new enemies are added and the game gets faster. Later enemies can only be destroyed by torpedos; as there are only three torpedos per level, you will probably avoid most of those enemies.

Every enemies has its own characteristics. The white UFOs get more aggressive with the time, change the tracks more often, throw mines or ram the player. The mother ship is protected by green blockers, that get more level by level, so it gets harder to reach the mother ship with the torpedos.

There are two extra lives per level (yellow triangles), that do not need to be shot but collected.

The game can be played with up to four players, in turns after losing a life. At the start of the game the difficulty level can be chosen, by what you can start directly in a higher level.

The graphics of the game is designed very simply; however, the 3D plain was at that time a nice effect. Unfortunately there is no highscore list.

= in the starting screen to start the game

1570: "Assumed crude, but by the fact that always new enemies are added and the game gets much faster, it is exciting. Especially with the emulator the game is fun, as you can play "who gets furthest after level 20" with the help of the snapshot tool, without having to play the slightly lengthy first levels for the extra lives."

Rombachs C64-Spieleführer: "Although this is only a relatively simple shooter, the design is so good, that playing is fun. Vote 3."

Blubarju: "I already liked playing it in the old days and I still like it today. A really recommendable small game and for this I give 8 points. P.S. I just read today that there are extra lives in every level. I have always shot them and wondered that there are no points for them. *lol* "

Virtualsky: "One of my favorite games on my C64. The game-play is simple, but there's a lot of diversity in the game in the form of the different enemies you have to battle. I really liked the visuals and got a sense of speed with the endless game grid scrolling by below and the pulsing sound of the laser canon at the ready. Yes, don't shoot the yellow ships that look like yours; catch them instead. Those are your bonus ships! ;o)" 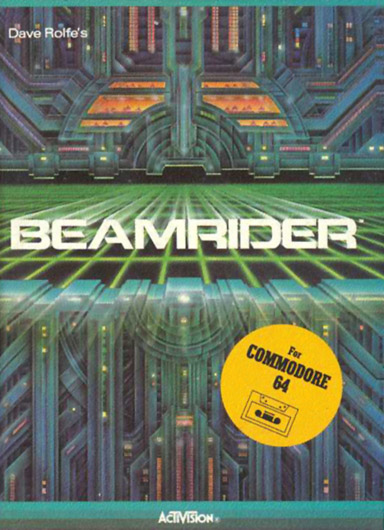 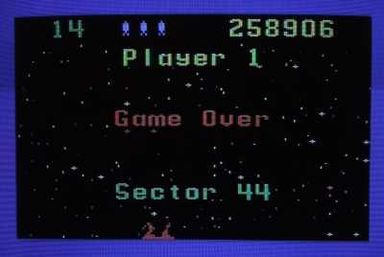