The aim of the game is, to direct a laser beam towards a reveicer. For this the player has several mirrors, whose angle (and therefore the direction in which the laser is reflected) can be changed.

To make the whole thing a bit more challenging there are also other objects on the screen: mines, "cells" (look like balls), polarisation filters, fiberoptic feed throughs, random deflectors and simplistic obstacles which block the beam. Every now and then enemies appear (the "Gremlins"), which alter the mirrors you have adjusted with effort. You can destroy these enemies with the fire button, if you position the cursor onto one (it is done easiest, when you get them on a mirror).

At the start of a level the way to the receiver is blocked by obstacles, which disappear, when all "cells" have been destroyed by the laser beam.

Each of the 60 levels has the size of one screen (no scrolling). Clear and well defined objects make for a good playability. The endless background music is nice... but endless - fortunately you can switch it off before the start.

Useless statistic information: Deflektor uses 15 of the 16 colours of the C64.

After finishing the last stage game finishes with message "Game Over"

On the title screen

The quadratic cursor is moved into the corresponding direction.

If the cursor is placed over a mirror, the mirror turns in clockwise direction.

If the cursor is placed over a mirror, the mirror turns in anti-clockwise direction.

If the cursor is placed over the mirror turning monster, the monster will be destroyed.

This is only saved in the REMEMBER version. If you have reached a high enough number of points, you can enter the list by typing your name and confirming it by pressing RETURN. Only a maximum of 5 letters per entry is accepted. 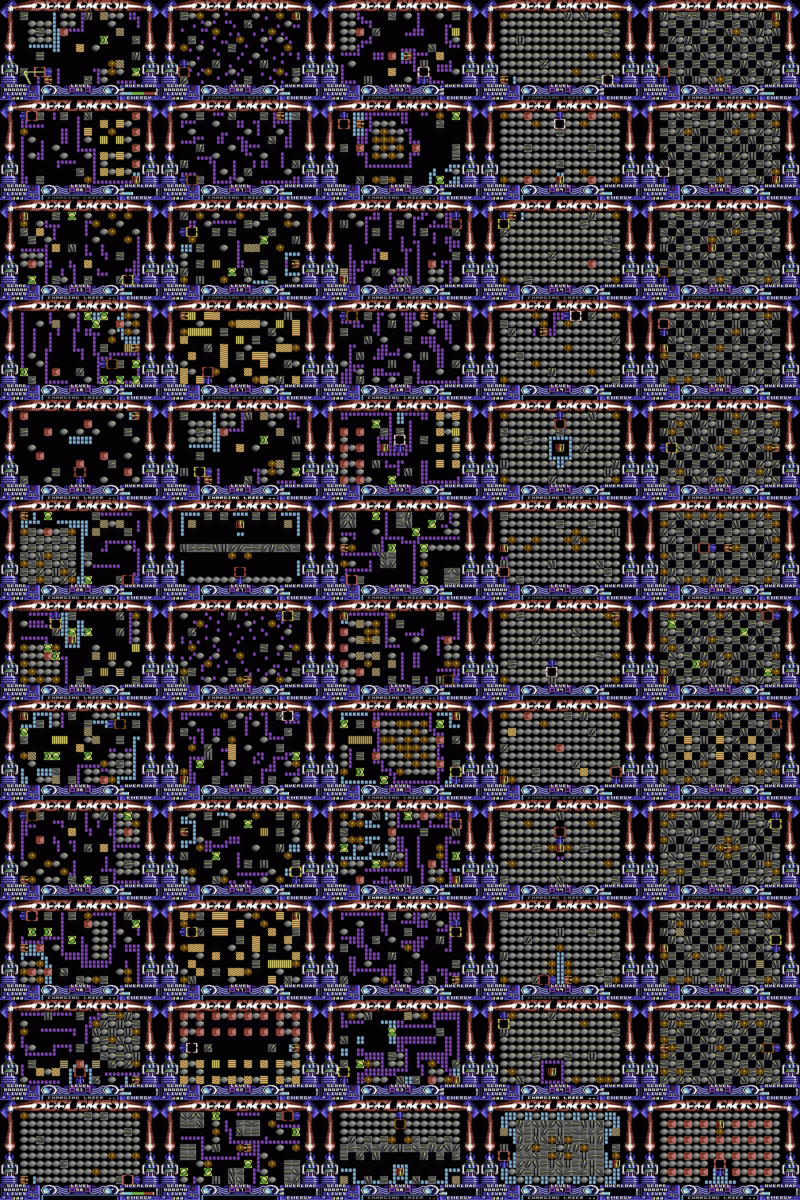 Klaws: "The game is based on a simple concept, which you can see through after a few seconds. At the beginning the game is very gripping, but after a while it gets rather boring. The difficulty level is low and does not really grow during the game. When I played the game for the first time, I already made it rather far, until I lost interest somewhere between level 40 and 50 (I didn't know then that it was not far to the end). As there is no save function, I would have had to play through all the already known levels the next time. So there was only this one round for me, which was, however, great fun.

So if you want to spend some time with a gripping game, you should in any case try Deflektor. But one will play it only a few times."

Guybrush "At the beginning it is a nice tossing, which soon bores. It reminds my -by the concept- of The Incredible Machine which was later successful on the PC. Due to the missing long time motivation I can give Deflektor only 4 points."

Darkstar: "At that time an innovative, new game principle, which made it to captivate me for a long time." 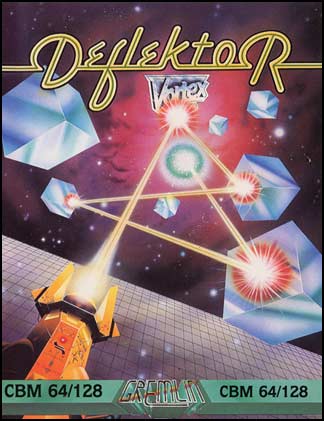 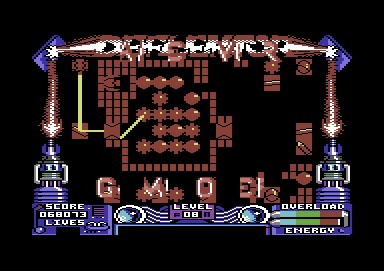