Monty on the Run

Monty on the Run is a multi screen platformer released in 1985 by Gremlin Graphics. It is the second part of the Monty saga.

Here it is hard to know what to do...

Super-fit and desperate for freedom, Monty makes his daring escape from Scudmore Prison. Hounded by the bastions of law and order, our frightened hero finds refuge with the criminal underworld who offer him his chance of freedom.

Moving from safe house to hideout to underground lair, Monty must find the five items of his freedom kit and not miss out on the hidden gold coins that will make him a mole of leisure.

Once free, will he make the ferry in time?

The game design is quirky and inventive. The music was once voted the best in-game SID tune ever (a full orchestra publicly performed it). And the gameplay is simple but fiendishly addictively. But like many 80s platform games (especially ZX Spectrum ports), it suffers from a few niggles:

Rob Hubbard let himself get inspired by the song "The Devil's Gallop" (Video at YouTube ) by the English composer Charles Williams, which is known as the theme song of the BBC series "Dick Barton, Special Agent", when creating the hyperactive ingame music of this game.


In the title screen you can change between music and FX with the key F1 .

That is the way!

Maps for the game

The house and the escape tunnel

The sewage works and the hollow tree stump 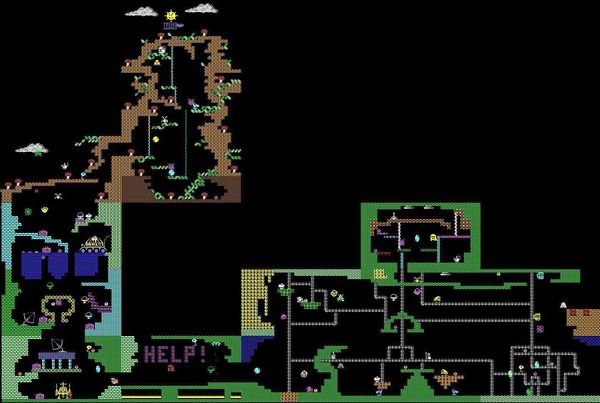 The parcours in the C5

Robotron2084: "First the blasphemy: I fear to be the almost only C64 fan that does not like the ingame music for this game! For a platformer in which you need to watch for timing and maybe pixel-exact jumping with concentration, the music that comes to my ears here is too hectical and exhilarated. The game is programmed professionally with the exception of the really superfluous "Freedom Kits" at the beginning. Well, nowadays everybody knows the combination that you need to solve the game. But at that time it was close to cheekiness to not be able to proceed in the game again and again because the wrong items were chosen at the start of the game. Particularly as there is not the slightest hint to it in the manual or the course of the game itself – extremely frustrating and discouraging! But if you are equipped with this "additional knowledge", then Monty on the Run is really a good platformer and belongs doubtlessly to the better titles of this genre. 7 of 10 points."

Pj64: This is a faithful port from the ZX Spectrum's best-selling ‘Crash Smash,’ but it plays, looks, and sounds even better. Yes, it’s incredibly frustrating at times (especially the crazy C5 speed-run) but it is definitely one of the best ports and one of the best platformers. Problems aside, I'd give it 10/10 for game-play. 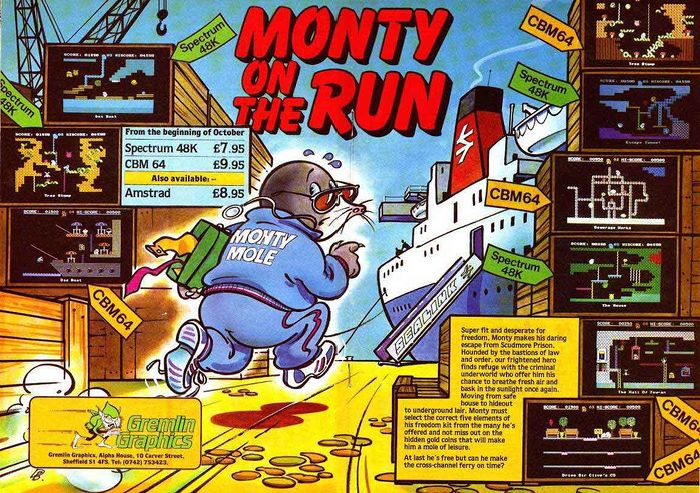 Monty on the Run, replayed by a Russian hamster. :)

As you can hardly oversee, the cute fellow uses an invulnerability cheat. 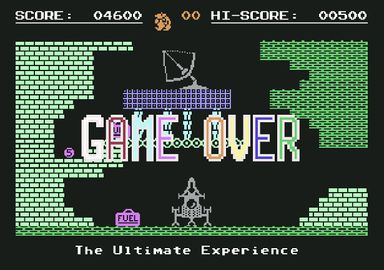