Alleykat is a mixture of a shooter and a racing game. You can choose from a list of races, in which you want to take part; the features of the tracks can be viewed as well as the corresponding participation fee and the prize. The tracks differ heavily - on some parcours you can find obstacles, which can be shot easily, on other tracks you have to stay on the given path. During the race shooting enemies appear constantly. If you get hit or you touch an obstacle you lose energy, which can be filled up by collecting energy cells. The game is over if you can't afford participating in another race.

The two player mode is cooperative. The participation fee is double paid from the shared account and the race is run by both players one after the other.

Alleykat is one of the first games, which use raster line interrupts intensively, to realize multicoloured writing etc., which catches the eye especially on the title screen and is very nice to look at. Very positive is the absolutely judder free and fast scrolling (the animated images might deceive you). Also the spectacular crashes and the very nicely animated backwards loop need to be mentioned ;-).

In the game there is - in contrast to the title screen - no music, just sounds.

Press the fire button to start the racing season. You are presented a list of races, which are parted into months. To choose move the joystick forwards or backwards. You can only choose races, of which you can afford the entry fee. Your current money will be shown in the upper part of the screen. At the beginning you don't own any money, but in the first 5 races no entry fee will be needed. If you have moved the race that you want to run into the line of choice for the races, press fire to start. The Alleykat speeder, which is delivered by the organisator of the races, will be brought into position and let off. The computer controlled Gravo Crafts, the landscape and the horrible Katerkiller stand between you and the finish line. When the race is over, you will get rewarded points for the destruction of Gravo Crafts. Some bonus points can be earned for different race types. If you end the race successfully, you will get extra points and the prize money. Now you can choose the next race. The season will be continued until the Alleykat final or until you cannot afford the entry prize for another race.

Each race of the season is different. As at least two races a month are held, but only one race per month can be chosen, it is necessary to closely look at the race information, to be able to choose the best race. The race information of the race in the line of choice will be shown when you move the joystick to the left or right. The following information will be displayed:
Stadium: one of the 8 venues
Fee: entry fee
Type: special bonus type of the race
Scape: type of terrain that is used
Density: the density of the landscape
Laps: number of rounds to be done
Prize: amount of the prize money

= looping, if below minimum speed

1570: "Graphically and concerning the sound it is a very nice game, but "only" a fancy racing game. I would have expected something else from the creator of Paradroid, but I was already not very enthusiastic about Uridium."

Robotron2084: "The game just teems with fancy graphic and sound effects but is a bit monotonous. If you liked Uridium, you will like this one as well. Baybrook's last really good game. 8 out of 10 points."

TheRyk: "I think graphics and sound are okay, but despite the (at that time) new effects there is something as a clear style missing. Here and there it is for me personally too coloured or respectively optically too wild. But what counts is the gameplay. And as measured by that is Alleykat a very clean Shoot 'Em Up, which does not hide from the competitors and which friends of this genre should know. The idea of combining it with a racing game is something new. One can really give 8 out of 10."

Klaws: "Graphics and playability leave nothing to be desired; especially the controls are done intuitively - although it first looks complicated in the explanations. Also a small strategic component is added, as you can ponder with which of the races you rather could climb the job ladder. On the contrary, the difficulty level is quite hard and the game hardly pardons a mistake. Sometimes you are lucky and you have saved enough money, so that a lost race does not immediately mean the game over. But most of the time it is really over and then you have to start completely anew. But I can give 8 out of 10 points."

FXXS: "Technichally great, unfortunately too random (generation of tracks and appearance of enemies) and relatively little balanced (choice of races and score). When you get the rest by the third Katerkiller in a row in the last round, this is very frustrating, especially if the approach of deadly enemies has not been signalled due to another sound effect at the same time. Therefore there is not much long time motivation for me and I give 7 out of 10 points." 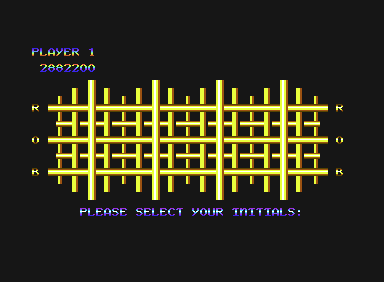