The game takes place at the time of the gold rush in the Wild West. You guard the money storage of the West Bank, into which a great number of customers put their money. The West Bank has 12 doors, and each of them needs to get one incoming payment per day. To aggravate this bandits try to rob the money from the bank. In the first days they are easy to defeat. Just draw the gun early enough. In the following days also gunslingers appear next to further bandits. Here, you are only allowed to shoot when the enemy draws his pistol. Some of the opponents simpy just put in money. The small man with the many hats brings money or a bomb to the bank. So pay attention well, because you will also lose one of your three lives if you shoot innocent people. Between each new day there is a duel against three bandits. Here you are only allowed to shoot when the corresponding opponent draws. The faster the better. Beware, you can also get shot or lose a life here, if you shoot too early.

Screen with a view on 3 doors of the bank. Here the customer, bandits and other persons appear randomly. Controls can be done either by keyboard or joystick. Sound and music fit the game.

Only when all doors are closed you can move to another door.

You can win extra lives in the intermediate sequences (duel with three gunslingers), if you draw almost at the same time as the bandits. In the optimum case, there are 3 extra lives each possible, but that is more an exception.

To get training the version by Remember is suitable. Here different trainer modes are available (unlimited lives, bombs without harm, level jump and invulnerability).

Sledgie: "By accident I have found the game in the Forum64. It was one of my favourite Western Games in the old days. High concentration and fast reaction are required and trained. It is a shooter but one that I like playing. Music and sound are flawless. My vote: 10 of 10."

Klaws: "Technically a rather simple game, but that does not mean that it is daft! Not at all! It needs some concentration and is enormously fun."

Jodigi: "Also one of my first games that I knew from the arcade machine before I could play it on the C64. From this simple, but interesting game principle nothing was slimmed and therefore full points."

Robotron2084: "Nice graphics, at the beginning a nice background music which later gets only on your nerves and virtually no content. The only difficulty is not the fall asleep during the game. But it was realised convincingly concerning the technique, which saves the game from fading into oblivion. 6 out of 10 points."

Rockford: "I usually like simple games, but this just does not challenge me eventually. Robotron2084 has put that pretty well. No new enemies and no rising difficulty grade and this very early in the game. My heart beats maybe half a beat faster, if three villains draw at the same time, but this happens seldom. There are only lost lives by misplaced shots which unfortunately cannot be avoided due to the sometimes imprecise controls. It is not very nice to play with the keyboard and you even can’t get upset about the controls. I like the graphics and this stupid music and also give 6 points." 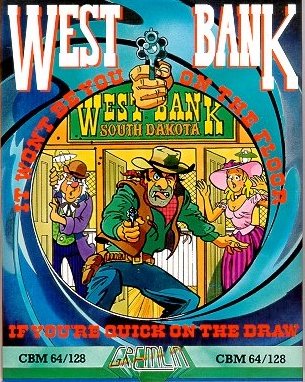 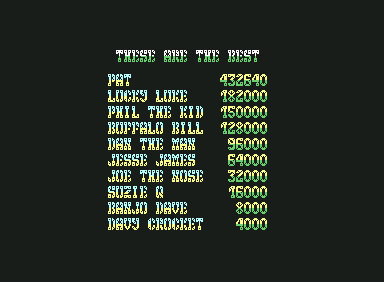