In Gold Quest you play a green dwarf named Sledgie. He looks for gold and diamonds in the land of the red and black dwarves. For 10.000 points he receives a bonus live (maximum 7 lives). Every gold bar counts 1.000 points and every diamond 2.500 points. The goal of the game is to find the secret Score Room and make a screenshot of it. To get to this room Sledgie has to cross three levels. The first level takes place in the land of the red dwarves. From there he enters the fortress of the black dwarves. The third level takes places in the land of the golden bug and larvae. At the end of each level Sledige is expected by an end boss.

According to recent information there is supposed to be a bonus level. At the end of this level lives the evil three-headed king of dwarves.

Meanwhile there is a version of Gold Quest with 6 trainers:
If required, you can get this version here: FTP:Gold_Quest.TND+6.MHI.zip
With this version it is possible to walk through the game in the wink of an eye with an immortal, invulnerable and pervading Sledige. About the sense of this should not be pondered.

Sledgie: "As developer of this game I certainly know all the tricks. However, it is again and again fun to play oneself in a small copy".

TheKills: "Nice but also mean, when the enemies appear just where you want to walk on ;)" 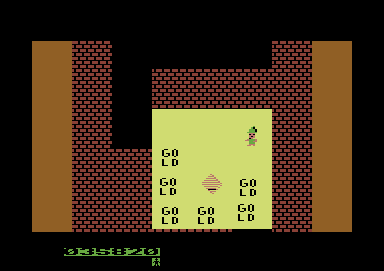 Cover of the collection Gold Quest - Trilogy of the dwarfs with all three parts of the Gold Quest - saga (incl. bilingual instructions). 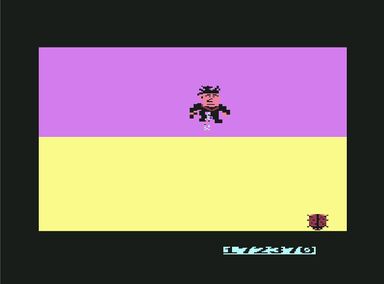