As a heavily armed humanoid you need to slap through more than a hundred sections to repel the alien threat successfully. With your laser weapon you just clear obstacles. Stronger enemies are eliminated by a grenade.

As extras in higher levels there is an improved protective armour or a double laser weapon. Each section has a time limit. Crossing this leads compulsorily to the loss of a life by a hostile spaceship.

Coloured 2D graphics without scrolling. Music is only played in the title menu. During the game there are sound effects.

In the lower status bar the following is shown: ammunition, grenades, current score, number of lives and the current zone.

Functions in the title screen

Werner: "Exolon is a simply kept skill game. Graphics and sound are average. The game offers little diversification, but it is well playable. 6.5 points from me." 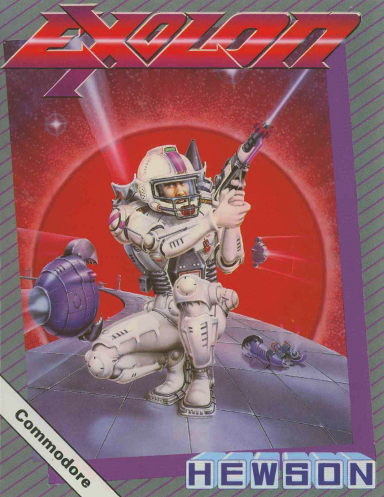 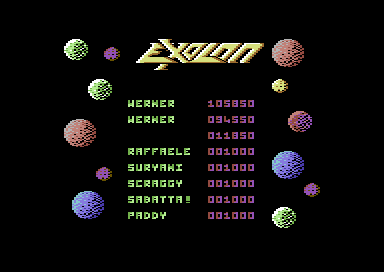