American game company Datasoft was founded by Pat Ketchum in Chatsworth, California, in 1980.

Right from the start Ketchum employed about 15 programmers. By this, Datasoft was, by time's standards, one of the largest computer businesses from the beginning. The ported many arcade games to various home computer platforms, for example the Apple II, 8-Bit-Ataris, C64, PC and TRS-80. They also obtained many licences to popular movies and TV shows. Shortly before the company was closed, they also developed for Atari ST and Amiga.

In particular, the company was known for so-called puzzle platformers like The Goonies, Zorro, Bruce Lee or Conan.

Datasoft filed for bankruptcy in 1987. The brand was bought by the CEOs Samuel L. Poole and Ted Hoffman. They named the company IntelliCreations and sold the already finished Datasoft games under this brand. This follow-up company was solely a publisher, and it had to close down, too, a short time after.

One of Datasoft's biggest investors was The Gillette Company, a brand usually known for razors. For reasons unknown, Gillette quit the financial backing shortly before Datasoft had to file for bankruptcy.

Scenen from "The Dallas Quest". 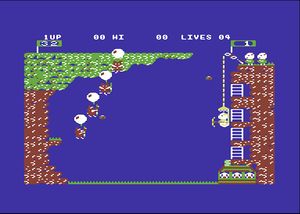 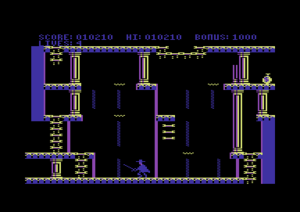 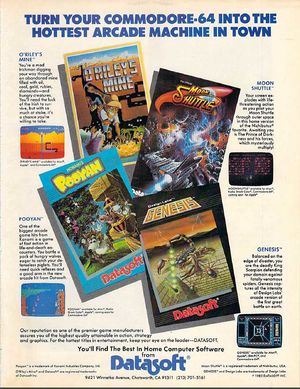