"The huge alien sapceship ZARG has intruded our universe. As it is known, there are the armed space-controlling forces DOH on board, of which was by mistake believed that they had been eliminated in a space war that roared fortythousand years ago. ..."

As on the forerunner Arkanoid an energy ball needs to destroy blocks. The player controls the "new" spaceship "Vaus II" and has to try to defelect the ball with the ship to stay in the game. Furthermore there are oppsing aliens, as well as blocks which differ in the easyness to get destroyed.

Again there are 32 levles with concluding end boss ("Dimensions Changer") as level 33. It muss be destroyed to beat the "DOH" off again.

The playing direction is from bottom to top, on a static surface. The ship can only be moved horizontally and the rebound angle of the energy beam depends on the hitting point on the spaceship. The extras can be distinguished by the colour, the aliens are properly animated.

As novation compared to the forerunner there are now animated stones that move or disappear and reappear a highscore list with 99 entries, a 1 to 4 player option and the possibility to choose between two exits after solving a level.

For each game stage there are two different levels that are choosen by the position of the Vaus II in the level before (left or right half of the game). (On the left there seem to be the simpler levels or respectively the ones with more stones...)

In the higher levels there are aliens which are indestructible or can move "over" the bricks...

There are different options for the controls: 1351 mouse, Neos mouse, joystick and keyboard. With the mouse the bat is significantly better controlled than with keyboard or joystick, so you should definitely prefer with VICE or CCS64 the CBM mouse emulation.

In the main menu:

In the main menu the following possibilites are offered: 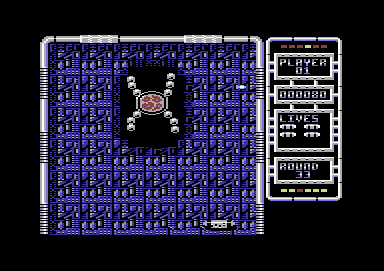 In level 33, the end level, you need to face the "boss" DOH. It must be hit about 40 times. In this level no extras can be gained, so you need to cope with the lives you have collecte before that.

FXXS: "It is a matter of taste which Arkanoid one likes better. Graphics and sound are a bit different, but not implicitly better, the gameplay is a bit harder than in the forerunner. Due to the several gimmicks it get from me just under 9 points."

TheRyk: Though graphics and sound are good in both versions, RoD is definetely the worse Arkanoid to my mind. If you take the upgrades (or should I say 'downgrades' in case of that 'R'?), some seem to be quite nice at first glance, but are more or less superfluous if you take a closer look, e.g. 'T' and 'I' are not so much different from the 'E's. Extra-Lives do not come as easy as in Arkanoid and the level design is simply trash if you ask me. Though you can learn to avoid certain super-difficult levels, especially the first 6 screens should be much easiert. 6 Points because it might be an alternative every now and then if you have played Arkanoid and Krakout too extensively." 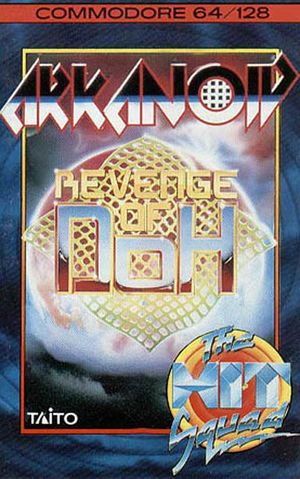 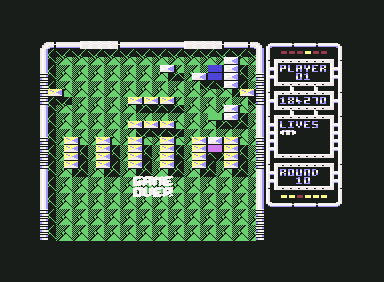