Trashman is an arcade game which was originally made for the ZX Spectrum, in which you have to empty all trash bins in a street within the time limit (which is indicated by the bonus counter), without being run over by traffic. Complete 7 streets to receive a nomination for Trashman of the Year. Do this as fast and accurate as possible and collect all bonuses to get the highest score.

How to play the game[edit | edit source]

When you start in Staunton Lane, you have to pick up 5 trash bins. They're always in sight, either next to or at the back of a house. To pick up a trash bin, just walk over it. If you've picked up a full bin, you'll walk slower than normal. Walk to the garbage truck with the bin and walk against the back of the truck to empty the bin. Shaking the bin once is enough to empty it. Walk back to the spot where you've picked up the bin. When you walk across the spot, your trashman puts down the bin automatically. You'll notice that the garbage truck automatically moves upwards through the street, but it eventually will stop near the last house where you have to pick up garbage.

When you've emptied a trash bin and delivered it back to the house and you've managed to do this without walking on the grass, while walking away from the house, a housekeeper will appear at the door, inviting you in with varying invitations. Always accept the invitation, as you'll receive a bonus (and therefore time) and a funny response (which sometimes is rather ambiguous, see the table below). Immediately leave after you entered the house. The amount of time you stay in won't affect your bonus in a positive way. Especially when you're in a cafe or a big house. Stay in too long and you'll end up with a stomach so full, you're barely able to walk. Or worse, you come out drunk, drifting about on the pavement!

Nice detailed streets, which you have to walk through vertically, from bottom to top. It starts off pretty easy; in the first level you'll have to collect 5 bins. It's easy to keep up with the garbage truck. But the streets will be longer, the garbage truck progresses faster and some cars or motor cycles drive insanely fast in later levels.

Below screen shots of the streets from level 1 to the last level 7. But heck, just play the game!!

Controls are very simple. The only thing you have to do is walk around.

How to get the highest score[edit | edit source]

There are some rules to follow if you want the highest score:

Complete all 7 streets within the time limit to be nominated for Trashman of the Year.

All the invitations from the housekeepers

reijkman: "Great game, quite hard to finish. Too bad it contains only 7 streets."

Camailleon: "Interesting idea for a game, the graphics are nice. The time limit for the first level is too short for my taste. After some time it get's monotouous, but this is a nice game to play in between." 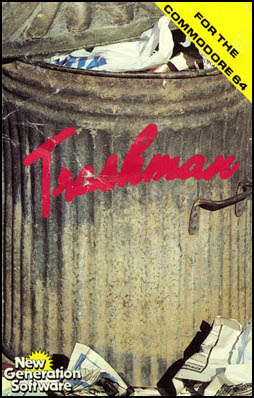 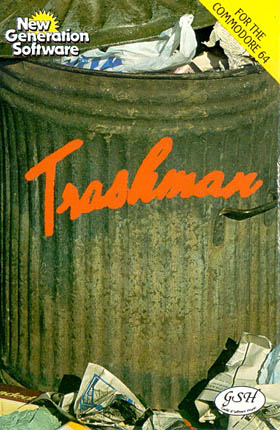