Summer Olympiad, also known as Summer Challenge, is a game that was specifically developed as a competitive product for the Epyx games series. All disciplines can also be found in the Epyx games. They were partially gussied up graphically and equipped with slightly changed controls. First, the number of players (1-6) is chosen, then the corresponding names are entered (8 letters each, confirm with key "Return") and the required country is chosen, and finally you can choose from the available five disciplines (Skeet, Hurdles, Fencing, Triple Jump, Diving) the ones that should be part of the contest by moving the cursor with the help of the joystick. The contest is started by choosing the white box at the lower border of the screen (joystick in port 2).

The design is partially a bit more detailled that in the Epyx games, in return there are less events. Many small elements were animated. So, e.g. in fencing you see a TV camera that is moved, and the jury members move their heads. In some disciplines an isometric view was realised. There is no discipline where two players can compete at the same time and also the best scores are not saved. 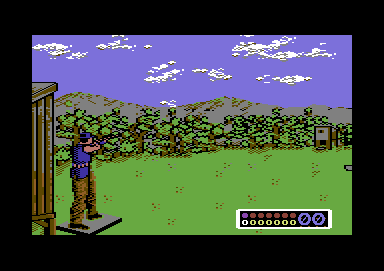 Skeet is one of the 13 shooting sport contest from the range of the Olympic Games. Next to the "Trap" shooting this is the only shooting discipline for men and women. The marksman shoots with his gun at so-called clay targets, which are discs made of clay that are thrown into the air by throwing machines. The discs simulate the flight of a bird that is chased from his nest by a gundog. In a semi-circle there are seven shooting positions arranged between the two "houses". From each position the height of the skeet, the angle, the speed and the time is different. Uttermost ability for concentration and fast reactions decide about the success, because every shooter has only a limited amount of shots. If you want to get a medal, you should not miss a hit.

When all the 24 target were hit, there is an additional one as a bonus. 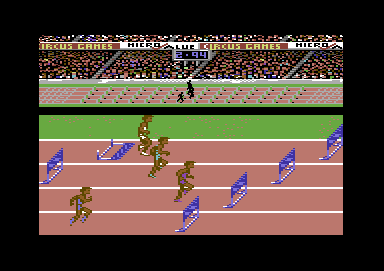 Hurdles demands a great deal concerning endurance and technique. The runners need to cover the distance as fast as possible. Throwing over of hurdles does not cause a disqualification, but it can slow you down.

= go into starting position (then the starting signal sounds).

= move joystick fast to the left/right to run

Your runner is on track 1 and dressed in white.
The points are calculated from the time needed and the reached position. 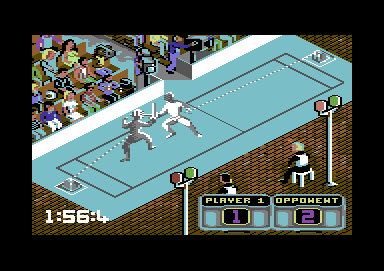 The modern fencing sport has its origin in the early Middle Age, when duels were fought with sabre and rapier. From this 'art', the high-performance sport that we know today formed. In fencing strategic skill and ability for defensive reactions are as important as lickety-split reflexes, that you need for the surprise attack. To fight for points successfuly, the fencer needs to hit the opponent's upper body at certain points within a given time.

Fencing is loaded from both disk sides, first from side A, then from side B.
The first fencer that has reached 5 points against his opponent wins the round. 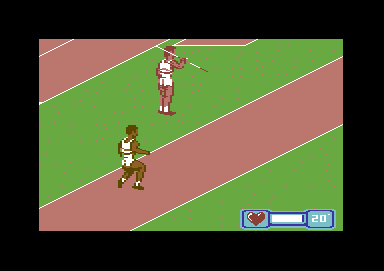 Triple Jump is a combination of long jump and a series of steps of hop-step-jump. With the startup, the jumper raises the speed until he reaches the bar, there he jumps off into a long-drawn hop, then makes a high step and finally a jump. The length of the triple jump is measured from the jumper bar to the first footprint in the sand.

= move joystick in a regular rhythm left/right to speed up.

= press fire button shortly before the jump line and keep it pressed until the angle metre reaches the desired height.

= let go of the fire button to trigger the series of steps hop-step-jump. 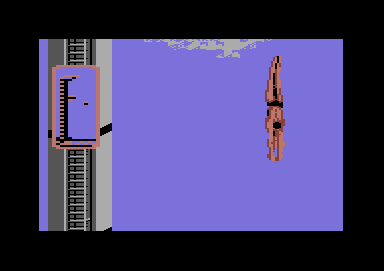 This type of diving is done from a 10m high tower with fixed spring board (in contrast to the elastic board that is used at lower heights). At this height some dizzy jumps can be done! The jumps are rated depending on the complexity and the style when diving into the water.

= forwards jump
during the jump

FXXS: "The graphics are quite nice and the sound a bit better than in the EPYX game, but olypmic flair does not really arise: no world records and no hymns... What adds to this is, that the process between the events is rather slow and you have to enter your name anew each time... 6 points with a tendancy to a 7. (It is a matter of taster whether you find "The Games - Summer Edition" even more annoying, it has more events and "Summer Games II" stays my olympic summer hit *g*)"

TheRyk: "Tynesoft obviously couldn't resist challenging Epyx who were dominating Sports Games in the late 1980s. No matter which season they tried, none of Tynesoft's attempts were really impressive. Menu controls are totally annoying here; it is far too likely to click fire and confirm a dialogue you did NOT want to confirm. Graphics and music are alright, also the events are so-so, but it its really unnecessary to play this mediocre game while enduring pretty long loading times, as there were several better Sports Multi Event Games long before this release. It's hardly any better than Winter Olympiad, but at least average, 4 points." 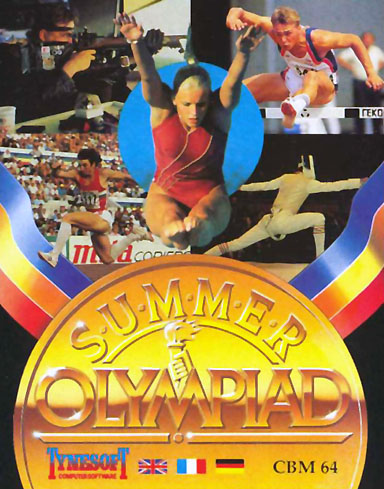