Starquake is an arcade action-adventure game set in outer space. The player must collect parts of an unstable nuclear reactor and reassemble them before the reactor collapses, resulting in a chain reaction that could destroy the galaxy. While the graphics, sound, and gameplay are all extraordinary (especially for a ZX Spectrum port!), Starquake is also extraordinarily difficult.

Cheerfully ignoring the laws of physics, an unstable planet emerges from a black hole. Who will save the galaxy? All the eligible heroes for such a deadly mission are suspiciously unavailable, leaving only one nominee: BLOB (Biological Operated Being). Though he lacks brainpower, he makes up for it with enthusiasm.

As his first official task as saver of the universe, BLOB crash lands on the planet surface. Unfortunately, the local alien inhabitants are ignorant of his noble mission and try to attack him. This, and the fact that the planet is a huge labyrinth of interconnected caves, complicate his difficult search.

Equipped with a rapid hoverpad, Blob jets through the innards of the planet.

The locations and the sprites impress. Many strange flora and fauna decorate the planet, and each of the 512 caverns has its own unique look, which gives the game plenty of variety. The sound is excellent. The start tune is so effortlessly groovy that electro-music maestro Jean-Michel Jarre might have composed it. The startup and the high score table both get tunes, and the game has a bunch of reverb-heavy effects. During lulls in the game, a trippy ambiance adds to the outer-space isolation effect.

BLOB has four lives and limited ammunition, but he can carry up to four collectible items. And he can create artificial bridges that enable him to climb up to inaccessible locations. However, these bridges only last for seconds before they crumble into dust. 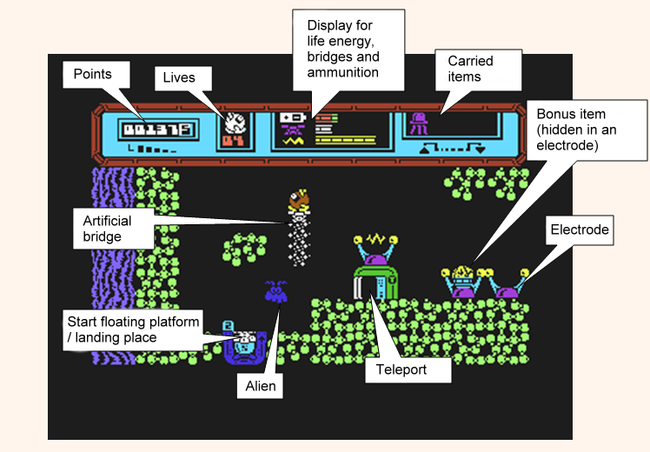 Although Blob could also use the platform in the lower left to leave the screen to the top, he prefers to build a bridge.

Blob is attacked by a finite number of aliens that move around randomly and subtract life energy from him at contact. With the help of his laser he can defend himself, but he uses up ammunition. Blob can collect energy, ammunition and bridges by touching one of the numerous bonus items.

Repairing the core of the planet[edit | edit source]

The required reactor parts change from game to game, as do their locations around the planet. This requires BLOB to first visit the planet's core first, to find which parts are missing.

When BLOB comes across a part, he can pick it up by standing on it (and moving the joystick up). The part will then appear in his inventory at the top-right of the screen. BLOB can carry up to four items.

When BLOB visits the core, the collected parts will be automatically removed from his inventory. Surplus items are not completely useless, however, as he can still swap them (see Cheops Pyramid). 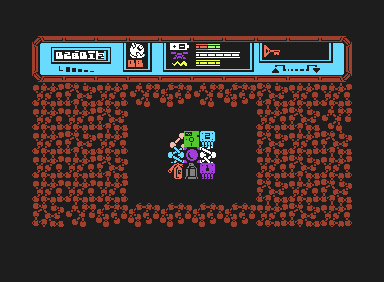 As you can see, the planet's core consists amongst others of such obvious items as e.g. fire extinguisher, a spray can and a 5.25 inch disk.

Moving on the planet[edit | edit source]

Although BLOB travels amazingly quickly for a guy with such short legs (which make an adorable pattering sound whenever he moves), his stock of artificial bridges limit his vertical movements.

When BLOB’s spare bridges run out, he can no longer travel upwards, which limits his movements to left, right, and down. Therefore, while BLOB can fall from any height and land safely, he must take care not to drop into too deep a pit or he might not be able to get out, resulting in Game Over.

Lifts transport Blob only upwards, prematurely leaving the lift is not possible, so you sometimes are moved up through whole screens. Furthermore, lifts protect Blob from enemies. They can only be entered by foot.

Such rectangular gaps hint to a secret passage into a neighbouring screen. Sometimes Blob can shorten dangerous or complicated routes with this. Secret passages can only be entered by foot.

Some areas of the map are barred by security doors or barriers. To cross them, special items are needed. Security doors can only be passed if Blob carries an ACCESS Card

. For vertical barriers he needs a key

You should give these four friends a wide berth.

Normally, the contact with aliens only takes away energy. But there are two types of aliens, that immediately make you lose a life when getting contact. The first type looks like a rotating gyroscope, the second like a chain-driven tank, that discharges flashes. The gyroscope can materialize anytime in a herd of normal aliens, so you need to keeep distance from those places. Hedgehog-like plants and things that look like broken bottles are also deadly.

An electrode, a passage electrode and a dead electrode.

The same can be applied for discharging electrodes. Every electrode has its own rhythm, which needs to be watched for to be able to pass umharmed. Some electrodes block narrow passages. Dead electrodes (depicted right in the image) exist, but appear seldom.

They can be found every now and then. If you have the Access-Card

, you can swap a useless item that you carry with you against a maybe more useful item with 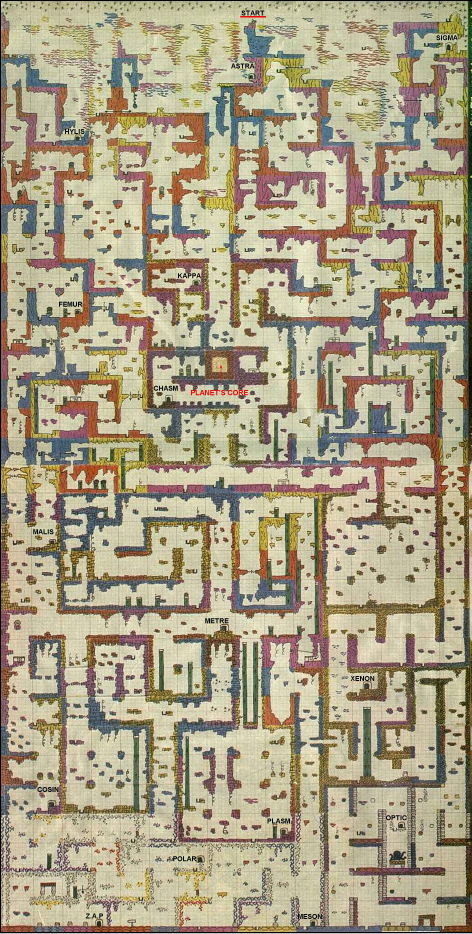 Robotron2084: "What a game! Starquake is in my opinion the absolute high point concerning action adventures (with emphasis on action!). There is really a lot happening nonstop, so you sometimes get dizzy. Graphics and sound fit together ideally and create a real space atmosphere. Added to it is the latently gleaming humor everywhere and an absolutely loveable-daft-funny hero. Only the quasi immense difficulty grade clouds this experience. However, I give 9 out of 10 points without hesitation and a warm recommendation for this game. The C64 at its very most!"


Borna: "This was my first so-called action game in the look unsual at that time. When I had read the objection of the usually very reliable testers against this genre in the legendary Games Special 2 of the Happy Computer, I could not comprehend what was so bad about that. The answer to this problem: Starquake posed an absolute exception and the critic in the Happy Computer referred to the rest of the genre - the graphics, the sound (!) as well as the mass of well-coordinated features in the game seemed so compact, that they could afford - sorry - the ridiculous joke at the end that everything was done for nothing.


Sure, it was hard as hell; but with the passwords, shortages and small gimmicks as the Cheops Pyramid and keycard the game was feasable to an extent, that made you play it again and again. This game is a real jewel!" 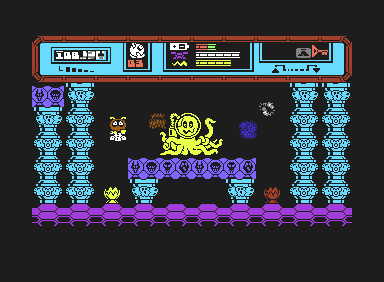 Not only is the game really very very hard, no, that is not enough! If you should make it, contrary to expectations, to collect all the parts of the planet's core, you will be mocked extermely... very mean!!! 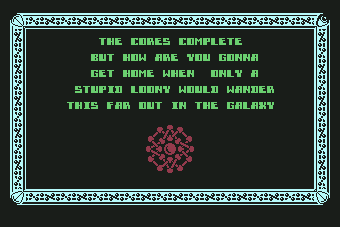 Mockery and derision as as thanks! 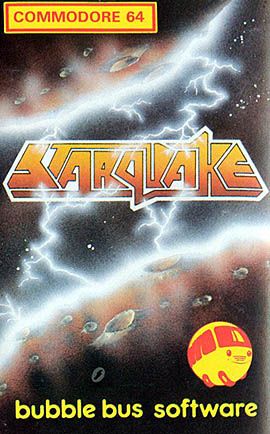 The last parts of the planet's core are collected. 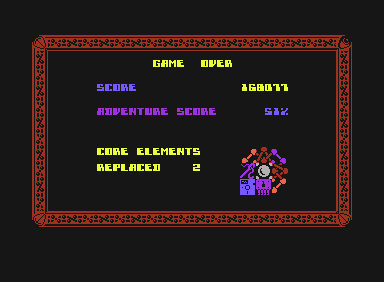