With Miner 2049'er Bill Hogue created a game that set new standards for computer games due to its arcade quality concerning the action, paired with for 1983 excellent sound and outstanding graphics. On ten screens the story of Bounty Bob is presented, a member of the famous Royal Canadian Mounted Police that chases the rogue Yukon Yohan. This scoundrel hides in a huge mine that once belonged to Nuclear Ned. Here one should not forget that the event takes place in the year 2049. And while the player slaps from one screen to the next, he encounters game elements such as conveyor belts, hydraulic hoists, yes even a canon the can transport Bounty Bob to the highest platform in the last level. Every mine gallery is guarded by mutants, which are perilous for Bob. The aim of this challange, in which elements from climbing and labyrinth games are interwoven, is to search through the different platforms in all ten galleries step by step. As soon as Bounty Bob has completely searched the last platform of a level (or has redyed the last part of the rack by walking over it), the game automatically continues in the next level. Furthermore the player is confronted with totally new problems. The "labyrinth" element enters the game, when Bob e.g. has to search an item with which he can neutralise the mutants for seconds, the get past the without harm. Despite this "borrowing", Miner 2049'er was seen as whole an original to the core.

The game is displayed in high-resolution detailled graphics without depth effect. Each of the one screen-sized ten different levels is furnished with different enemies and obstacles, that give the courageous policeman a hard time. For each level an own strategy needs to be developed. As with all games of this early "platform genre" pixel-precise jumping is necessary.

Rombach: "Miner 2049 was celebrated by different computer magazines as game sensation at its release. Today there are many games with similar quality and Miner 2049 is nothing special any more. A climbing and collecting game where the difficulty level is in due proportion to the chance of success. The frustrating feeling not to be able to cope with the game is spared the user but on the other hand it is not too easy. Well suited for the occasional player. Voting: 3"

Shakermaker303: "The version on the Atari 800XL was better playable. Average game, but not more in my opinion."

blubarju: "I think this game is done very successfully. The grade of difficulty is also well-balanced and does not frustrate, as many another game of this genre. 8 points." 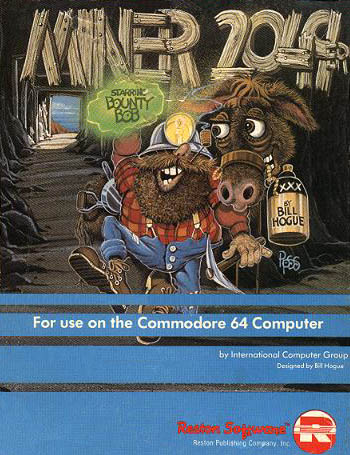 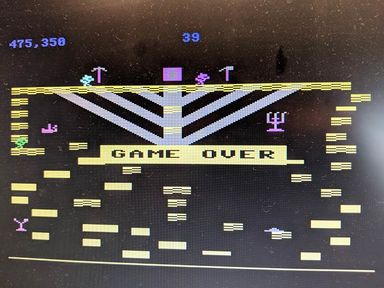