Kingsoft was a well-known German game developer and publisher for the C64. They gained popularity for the titles for the C16 and Plus/4 series. Kingsoft were one of the few developer producing deliberately for this platform. Kingsoft also produced for the Amiga, as well as the VC20, Atari 800, Atari ST, PC and -to a lesser extent- the Amstrad CPC. Some Kingsoft titles were ported to other systems like the Amiga by freelancing programmers. Additionally, Kingsoft were also active as a publisher for computer books. The worldwide distribution was handed by Anco Software. The cooperation between both parties was so close that the same font was used for both company logos.

Although Kingsoft's focus was on games for the home computers C16/116 and Plus/4, they also published a remarkably capable BASIC enhancement for the C64, which was stored on a cartridge. Despite offering 50 additional commands, it enhanced the BASIC memory to 61183 bytes. It was called Business Basic.

The first game by Kingsoft, Grandmaster, was already released in 1982, also for the C64. The company supported the C64 for a very long time, the last titles from Kingsoft for the system were released in 1993.

Kingsoft published all of their products on their own, worldwide, except the UK, where Anirog had an exclusive licence for publishing.

In 1995 Kingsoft was bought out by Electronic Arts. Kingsoft had 19 permanent employees at this time. Kingsoft was dissolved at the beginning of 2000. The takeover was done by EA in order to advance their distribution in Germany. Fritz Schäfer went over to Ikarion, another game company founded by him, in 1996. He ultimately left the game industry in 1998. 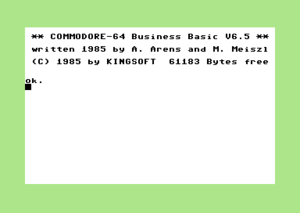 Among numerous games, also books and software on cartridges were released. 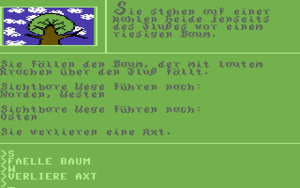 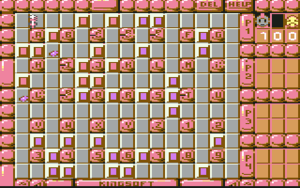 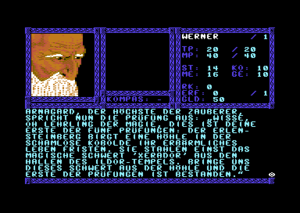