In 1997, the year-long advertisement muzak of Japanese and Swiss watch companies has reached its aim: every human that thinks something of himself, now owns twenty to thirty quartz clocks. Promptly the great crisis is ahead: every clock needs a new lithium battery once a year, the supply of lithium on earth is exhausted in only a few months. Fortunately, the astronomics discover a great occurrence of lithium on Mars. Quickly, spaceships are built, a Mars base is erected and the first mines are digged. In the meantime scientists develop the ideal mine-worker on earth: a small robot, which can decide on its own and thus search for further lithium in the mines. Two of this robots, named jestingly "Heavy" and "Metal" are sent to Mars. Stupidly, the OS/5 operating system of the two plate miners contains a small mistake. When seeing the complex tunnel systems in the lithium mines they forget their mission and walk on their own through the cave systems in the search of adventures, thrill and a new high score.

You steer one or two robots through 25 levels. Finishing the last level returns you to stage 1 again, but with faster enemies. The method is similar to the original Super Mario Bros, except there is no "Congratulations!" message in Hard'n'Heavy.

Aim of the game:
To reach the end of the level within a time limit, without getting touched by different enemies.

Game area:
The game area consists of different blocks, some of which are indestructible and other give free lithium crystals or extras when shot at. There are also hidden treasure chambers below the surface. Unlike in the very similar prequel, Giana Sisters, the blocks can't be bashed with your head, so shooting them is very important. The game relies on shooting more than Giana. The levels have parallaxed background except for secret levels which are solid black. The background have 4 alternatives, 3 are rotating, 1 is used for every stage 5 with boss endings.

Enemies
The game's difficulty heavily rely on the monsters and their erratic (but for experienced players, predictable) movements. Environmental hazards are less problematic here than in Giana sisters as the only fatal element is a knife bed thst activates when you jump on it.

Generally, none of the enemies here can be stomped, but all can be killed by one or multiple shots. It's a different mechanic to Giana, where enemies can either be both stomped and shot or invincible to all attacks. In Hard n Heavy, even bosses are vulnerable to bomb or shield.

2-D Screen, which slowly scrolls to the left with the game characters movement. Artfully cleverly devised levels, also difficult passages can be made with practice. Two different highscore lists (points or level) which are saved on disk. Fancy 2 player mode, but parallels to the game Great Giana Sisters are unmistakable.

FXXS: "Quite nice successor of Giana Sisters, but it cannot quite reach the original flair. For beginners the difficulty grade could cause some frustration... (7 points from me)"

Mailhunter: "A great "Jump and Run" game. Next to Giana Sisters one of my Top10 games. Also nice is the usage of different weapon types, numerous secret rooms, fast music, trendy monsters and a great multi-player mode (there are several, -absolutely- try the "Time-Mode"!).Nice thing, if you like to chase high scores. The save function of the high score is a great function, which I unfortunately miss in other games. If you like (or even love) Giana Sisters, you will surely have more than fun with this game. (10 out of 10 points)."

Lt-Blue-Thunder: "What stroke me as odd: one might recognize parallels to Giana Sisters, but many enemies and above all the endlevel is totally analogous to the first Metroid game, which could be played on the NES, only one walked to the left to face up to Motherbrain; in Hard'n Heavy one has to walk to the right as usual. The complete level buildup and the level boss are identical to Metroid."

Robotron2084: "A Jump'n Run which totally wrongly stands eternally in the shadow of its forerunner. Great graphics and sound, firm difficulty level and with this connected a high addiction potential. All around great: 9 out of 10 points!"

1570: "Giana Sisters with significantly higher difficulty grade and a little less speed, as the shot is a bit more unhandy than the jumping-on of the Sisters. A poison for the game fun is the same as in the forerunner, that all extras get lost, when losing a life. The graphics reminds one partially of Katakis; the music is good, but doesn't rock as much as the one of Giana Sisters. The jingles in between (Get Ready etc.) sound a bit unmotivated."

Giana Sisters was released in 1987 with the two game heroines Giana and Maria for the C64. It stems from the at that time still unknown German Software manufacturer Time Warp (Armin Gessert (programming), Manfred Trenz (graphics) and Chris Hülsbeck (sound and music)) and made the small company famous European wide in one go. In Great Britain the magazine ZZAP!64 even named The Great Giana Sisters as „The greatest platform game of all time". Time Warp put the game intentionally on the market as a rival for the Nintendo game Super Mario Bros., this was already visible on the British box, where you could read: „The Brothers are History!“.

The Japanese video game manufacturer Nintendo quickly noticed the great resemblance to the Super Mario Bros. which was covered by trademark laws. The first level was almost completely taken over without changes and the game mechanics were almost identical to the one of Super Mario Bros. Nintendo saw an infringement of its trademark and copyrights, took it to court against Rainbow Arts and won. Nintendo effected that the game was not to be sold anymore. After a short time, all existing copies on the market were withdrawn.

The lawsuit with Nintendo made the game known world-wide and when it was taken from the market it had already reached cult status. After the prohibition of sale it was spread soon very far through pirate copies. Furthermore, the original version became a sought-after collector's item.

In spite of everything, a follower named Giana 2 – Arther and Martha in Future World was developed, whose release was averted by Nintendo, although the game had already veered away from Super Mario. In autumn of 1988 Rainbow Arts announced, that the backtracked release was not caused by copyright problems. In fact "they did not feel confident about the quality of the program"! Finally, the game was released at least in Germany with different player sprites named Hard ’n’ Heavy and published by reLINE. 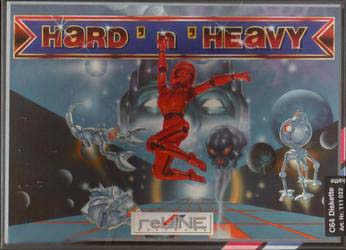 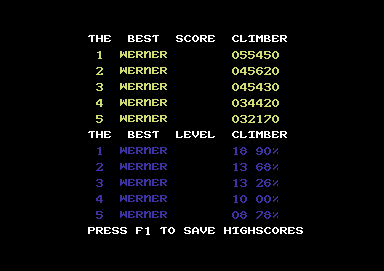