In Atomino you have to arrange atoms with each one to four free connections in a way so that stable molecules are created. The atoms fall with rising speed one after the other into a shaft, that offers space for 6 atoms, whereby the current atoms is always lowest. From there the atoms need to be placed on the game area. You can place altogether 56 atoms (7x8) there. If atoms with free connections lie next to each other they connect and as soon as a molecule without any free connections has been created, it is automatically removed from the game area. If the shaft for the atoms is more than full, the game is over. 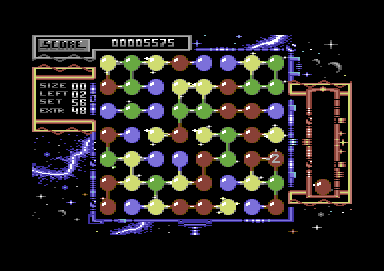 There are two game modes:

The computer each gives a task (level). In theses levels there are only points for molecules that correspond to the task. There are three different types of tasks.

Here the task is to reach as many points as possible. There are points for each placed atom and each molecule without any specifications about how the molecule is supposed to look. You only play against time.

In both modes there is the so-called "Extra round". It is enabled by a molecule that contains at least as many atoms as given in the display next to EXTR.

In the Extra round the whole game area is filled with atoms and the player needs to sort them around (without time limit) so that a big molecule without any free connections is created. Es soon as a molecule has been created new atoms start to fall into the shaft again, therefore you should be careful while rearranging not to create a small molecule as the rest of te atoms will then be staying on the screen.

The graphics are appealing and the choice of colour was well done. The displays are aligned cleary and are good to read. At every new start of the game the options menu is shown in which you can simply set next to the game mode also sound and graphic options. The controls are easy to graps and the highscore list is saved.

The cursor is moved with the joystick, with fire the choices are confirmed or respectively the atom is placed.

Left above the game area the current score is shown. The status field below that shows the following information: 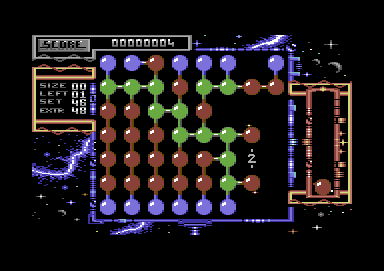 In the screen on the right this advice was heeded, however, the "two" that needs to be placed should NOT be put at the shown position, as only another additional atom would enable the bonus round. (46 are placed, but 48 are needed...)

After entering the password you start the game in a higher level.

FXXS: "Easy to learn logical game which motivates by the good score system and the great music to do a highscore chase. 10 points."

H.T.W: "The task is very simple: connect atoms to a molecule. First difficulty: No connection of an atom must be free. Second difficulty: Partially the molecules need to have a given appearance or be put together from a certain number of atoms. Third difficulty: the time and space are limited. Conclusion: an utterly interesting puzzle game with good background sound. (highly addictive)".

TheRyk: "The principle might be simple, but mastering the game, especially the higher levels, is challenging enough. Overall professionally done, good-looking brain game. And while your brain starts smoking and the clock is ticking, you listen to quite good music. Very playable, 7 points." 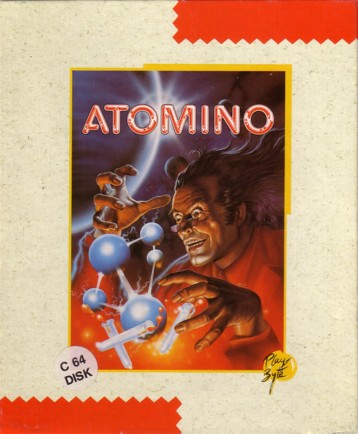 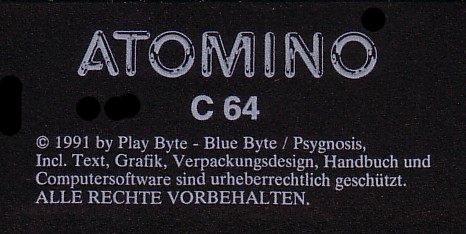 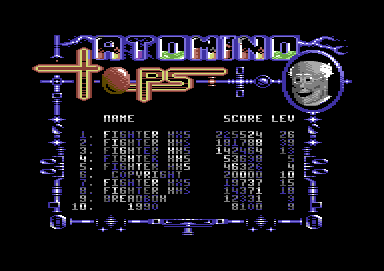