Rainbow Dragon takes place fully in a cave-like surrounding, from which the dragon, named Asturia, needs to escape with the help of its magic abilities, before the caves crash. The following text is taken from the English shot manual:

In a land and time long forgotten, there existed weird and wonderful creatures, with powers unknown to us.

One such creature was Asturias, a flying, fire breathing magical dragon. Unfortunately this particular dragon has become trapped inside an old temple deep underground. To escape, Asturias must find and destroy 10 magical chests and overcome problems and obstacles blocking his path. Asturias however, is fortunate that he has four different types of magical spells with which he can detect magic, read magic, dispel illusions and restore things.

Your task is to guide Asturias out of the underground caves, using his power to overcome obstructing problems. Take care though, the old temple pillars are gradually cracking and will collapse, burying Asturias, unless he uses his magical charges to continually repair them. Remember to always light the cave torches as this makes progress easier.

In the game:
You control the Rainbow Dragon either with joystick in port 2, or over the keyboard.

If you press the space-key during the game, the magic screen is activated and you can do certain actions with a kind of magic wand:

When a series of problems has been solved, the dragon can pick up items which are needed for the next problem.

At the left, there is a display with the following items:

In the middle there are four pillars which get cracks after a certain time and if one of them is damaged too much, the cave will collapse (an alarm will sound shortly before the pillar breaks). With the magic wand you can repair each pillar seperately.

But beware! Each action costs one point of energy. So economize. You get points for each solved problem.

H.T.W: "The game is in fact quite interesting , there are hidden messages, switches, detachable energy walls, puzzles and more. Also the graphics is appealing, clean scrolling and a well-animated dragon. However, the gameplay runs on the same paths: draw map, search for items and their use, use items....".

Camailleon: "I think that it is unfortunately very difficult to find out how to raise the number of commands for the upper part. There always seem to be too few of them. Furthermore, the navigation with such a big animal in the just fitting tunnels is very obstructive, sometimes you can't really turn around. Otherwise a nice idea, the dragon and the single items are well-done."

The 101% +11DX [pal/ntsc] Version by Avatar is highly recommendable, since it provides bugfixes, trainers, docs and a mysterious "extra". 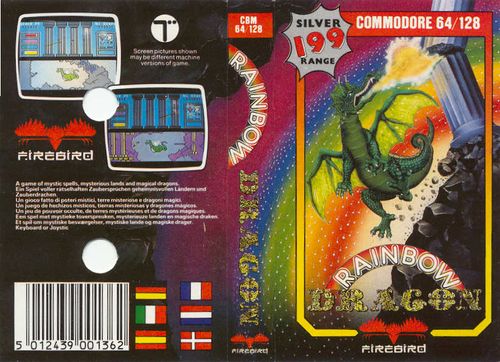 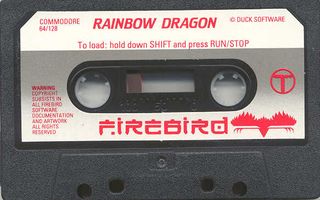 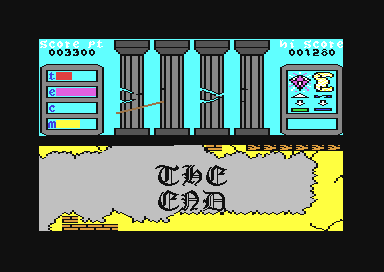