Nobody knows his real name and nobody knows where he comes from. But one thing is sure, he is a real hell of a guy, who does not shy away from dangers. They call him Panama Joe, because he is tough, intelligent and cunning. Your task is, to help Panama Joe cross a labyrinth inside a fortress, to find the fantastic treasure of Montezuma. On the way, Panama Joe has to avoid deadly creatures, while collecting preciosities and other items he will need later desparately.

There are altogether 9 difficulty levels in the game. At the beginning you can choose from the first three. If a level is finished successfully, you get into the next level.
The following things happen with rising difficulty level:

The game "Montezuma's Revenge" has the following design:

The treasure chamber of level 1 (at the end of this level).

Here is the map of the different levels:

Continue after game over

If you lose all your lives without finishing a single level, press the fire button a couple of times at the game over screen and you'll get a new set of lives and are allowed to pick up where you left off, losing your score but keeping your items. This will not work anymore if you've finished at least one level.

Load or reset the game, then execute the following BASIC command before running or restarting the program: POKE 36190,230
Magically your lives increase after a death.

Werner: "Apart from the simple graphics and the meagre sound effects has this game a certain charme, that is missing in many games from today. Due to the precise controls and the fair collision query is Montezuma's Revenge really lots of fun."

Jodigi: "It was also one of my favourite Jump & Run games despite the tricky game factor. However, I found out rather late, that there are several versions, as the orignal machine version needed a bit more memory. The whole game as a 3D remake for the PC was a good idea, but somehow it cannot reach the game fun from the old times."

Robotron2084: "Montezuma's Revenge is a successful platformer which plays very fluently and comes up with interesting features and a complex, nested level buildup. A firm difficulty grade requires attentive and concentrated play. But each situation can be mastered with the corresponding skill and planning and there are no unfair situations that tarnish the fun. Recommendable! 7 out of 10 points."

MtnBuffalo: "The large number of rooms and floors challenge the ability of the player to memorise which routes to use in order to clear the levels. Movement of Panama Joe is precise and smooth which gives a fast paced gameplay. When the 9th level is reached, everything is dark and no torches can be found to light up the level. The player must therefore know where ladders, robes and platforms are located in order to stay alive - awesome! Best C64 game ever!" 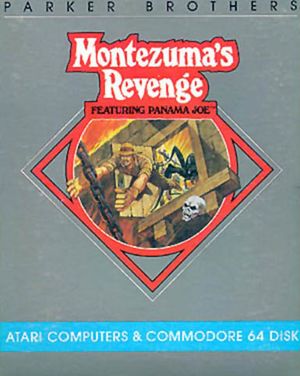 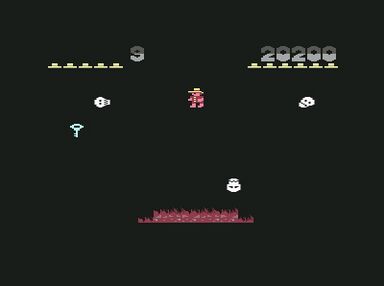