You play Freddie who is chased by monsters while collecting buckets full of gold pieces and many bonus items (four in each of the 16 levels) as e.g. ice cream, christmas trees, dollar bills etc. . The paths, that the monsters go, follow a certain pattern, so they are predictable. A level counts as solved, when all buckets with gold pieces haven been collected. The speciality in this game is that Freddie cannot walk past a ladder leading up, but only is allowed to walk back or up. Another difference to other games of the same genre is that you can constantly hear well-known hit parade sounds as a background music.

The graphics are not outstanding, but designed fondly. The music, as aready mentioned, is very good, but it stands out that some pieces are by the band "Queen". According to the programmer Kris Hatlelid the name of the game does not refer to Freddie Mercury, the singer of the group. Every second level (this is 2, 4, 6, and so on) follows a short and funny interlude, of which there are, unfortunately, only two different ones.

Sledgie: "For my playing abilites concerning such collecting games Frantic Freddie is just too hard. I think the idea with the ladders is unique and good."

Guybrush: "One of many collecting games, which existed in the beginning years of the C64 era and one of the better ones of its kind."

Robotron2084: "Frustrating and difficult platformer with entrancing music and acute addictive potential. 8 out of 10 points." 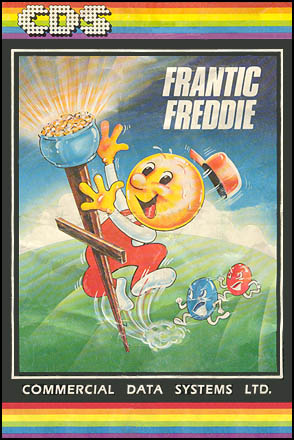 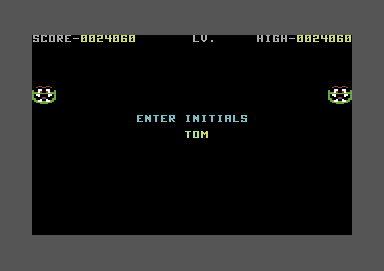