The game Clowns is on hand as a cartridge and can only be operated by paddles in port 1, but there is also a diskette version which can be played using a joystick. This game is about throwing 2 clowns up through the air with the help of a rocking springboard, which then pick up coloured balloons. For the collected balloons you get points. The jumping clown has to land exactly on the free space of the board or it will fall. After 3 falls the game is over. To the right and left there are each 2 platforms. Here the jumping clown starts. While there is a midway arcade game called Clowns, and this game does have a bally midway copyright on it, it is actually a pretty accurate conversion of the Exidy arcade game Circus, with the scoring, music, and sounds taken from that game.

An alternative name of this game was Acrobat.

Simple unicoloured HiRes Graphics. The score display in text is located in the upper screen line, same as the highscore and game hints. There is no background music, but in addition to bounce and balloon pop sounds, a few short monophonic tunes are played. One when clearing a row, one when starting a game, and one when you fall.

FXXS: "It is rather funny to clear away rows with clowns instead of balls, but unfortunately the steering is not realized very well. I personally did not make it to do well-directed jumps. Hence 4 points for (longtime) fun, but I do not regret trying the game, it is quaint enough not to be annoyed about that. *g*"

Borna: At that time, the game was very popular - but at least very famous. In pairs the game was much fun, by oneself, however, it was not really the bringer. Anyway it is a classic which is wrongly (still, in 12/06) in the FLOP charts.

TheKills: "I got the game by accident on a boot sale and I was then as today positively touched. I like it, although it can get boring very quickly... but it doesn't need to."

Shakermaker303: "A rather average game, which was sometimes rather difficult due to the handling. For this half of the highest number of points I would say."

H.T.W: "A very simply made game, which can be lots of fun by its very good steering (only paddle version, also with mouse on the CCS64 an Vice)".

mombasajoe: "Aye, one of the early C64 games. To rate this on the same scale as a game from 1988 is of course very difficult. It is one of the few paddle games and in my opinion this way of controlling works very well. But concerning the gameplay itself not much happens. Difficult, according to the definition for me a clear "so-so" (3); including bonus for age and sympathy I give 4 points." 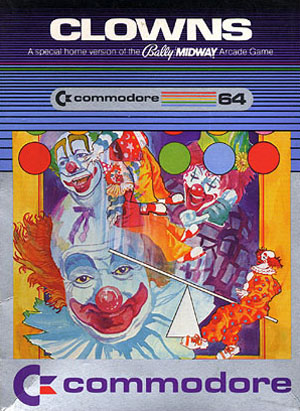 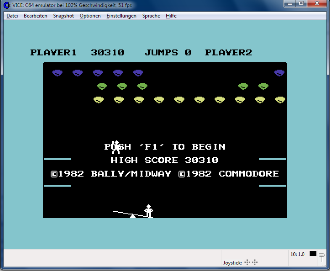