Zeppelin is an arcade game where you have to fly with an airship through a cave system. There you have to avoid hostile zeppelins or shoot them. Hamburger creatures block the way and touching the walls is deadly. Keys need to be picked up and keyholes need to be touched with them to open further caves. Defensive fortifications can be switched off by shooting at the switches. To make the game even more interesting, earthquakes are released randomly. This makes it a bit more difficult not to collide with the walls.

For a game from 1984 it looks quite successful and corresponds to those of its time.

On the title screen you have to change the settings with the function keys:

To pause the game, you have to press the key Space . The next time the joystick is moved, you can go on playing.

In the two player mode, two players play at the same time with two joysticks. One player steers the zeppelin, while the second player acts as shooter.

Robotron2084: "In this game the player is heavily limited in his mobility and has to fly several tours through every cave system to pick up hamburgers as well as TNT, which is rather repetitive. Also it is not always clear what function is done by which of the switches in the walls. One feels domineered and thus frustration quickly arises. A rather monotonous shooter in the long run. 6 out of 10 points."

Shakermaker303: "It was quite interesting to wobble with the airship through the cave system, even though I didn't have a clue, where I should get to." 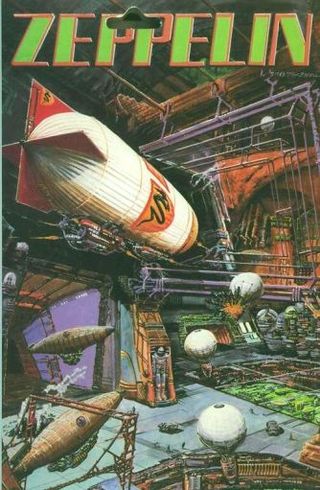 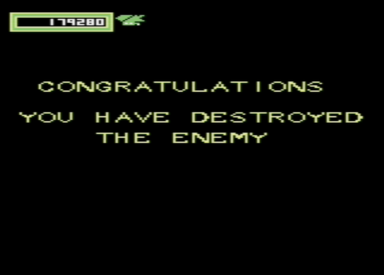