Wizardry from the publisher The Edge was a 3-dimensional graphic adventure, loosely in the style of "Dungeons & Dragons".

It implemented magic and melee combat against multiple enemies, and involved a lot of puzzle solving. The music was extremely good for the time, and the tune played was in line with what was happening in the game.

The features of this game are:[1]

"Wizardry is a game which ... deserves to push 'The Edge' to a status amongst software houses which at the moment is dominated almost completely by U.S. groups, it's truly superb!"
Commodore Computing International, October 1985.

Graphics and sound were extremely good for the time. The 3D effect was very well achieved, and the music was a pleasure to listen to.

What is lacking a bit is the scroll, which causes some graphic corruption right below the main area of the screen, and the fact the game can be a bit slow.

Also there were not many clues in the game (on screen, or by using the TELL TALE spell), so sometimes the player requires to guess what to do.

You must face your enemy, ensure SWORD is selected, then keep the button of the joystick pressed and move the stick sideways without releasing the button.

Listen to the music when you enter a room, quite often it indicates what enemy is present!

Do not waste spells. Try to kill using the sword whenever possible (but don't die!).

Elemental enemies (clouds with lightning) are better to be killed using spells.

When you get a specially named spell after playing around for a while in a dungeon level, it is often the one to use on the boss guarding the exit. Other spells with special names are to solve the different puzzles.

When you did something right (such as solving a puzzle) Drinn turns purple.

A complete walkthrough, coupled with maps of all levels, was created by Michael Lambert in 2008, and can be found on The C64 Adventure Game Solutions and Walthrough Site [[1]]

In the CSDb exists Cracks with trainers.

After analysis of the INFINITE ENERGY program in the disk version, this subroutine was modified:

There're several ways to implement the infinite energy cheat, but one possibility is to replace the entire check with NOP instructions:

With the simple change above, energy will decrease, but you will never die. 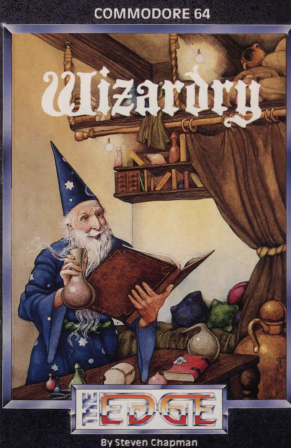 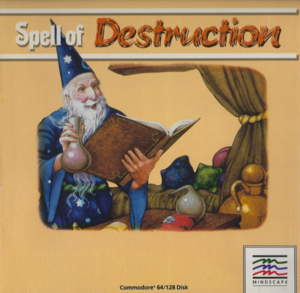