Level 1 is still a piece of cake.

Thrust is an arcade game by Firebird from 1986. It is based on the arcade machine "Gravitar". The player's task is to recover a ball by tow line from a cave system. The gravitation and hostile cannonry aggravate this.

Well, it's bad luck for the galactic rebels: they have finally made it to save enough for battle ships for the fight against the Imperium, when they suddenly remember that they do not have any fuel! So one of them is sent out to get the needed fuel. This stuff named "Klystron" is kept in hollowed planets, that are heavily guarded by imperial cannonry. And if this was not already difficult enough, another problem, the good old gravitation joins in. Manoeuvring through the angled caves becomes at the latest a nightmare when you have finally made it to tear one of the much sought-after balls from its mooring with a tow line. Now you have to steer even more carefully and advisedly, because the smallest jerky movements carry on to the freely swinging load and you yourself or the ball will crash at a wall faster than you can look, and both is deadly.

Back at the surface you then give enough thrust to disappear from the planet with the ball.

The graphics are exceptionally reduced and remind of the vector graphics of the arcade machine original, whereby sprites were used here. The effects are limited to the simplest shooting sounds and explosions, here also pure minimalism rules. Rob Hubbards audiolicious electric hymn with a length of six minutes appears to be almost an acoustic overkill.

To get a Klystron ball on the leash, hover over the ball, activate the shield and give a little bit of thrust. Now the ball is on the leash and is torn from its base.

To pick up fuel from a fuel tank, you can proceed as above.

To practice you can use the version by "Remember", which also has a saveable highscore list.

Robotron2084: "I personally found Thrust always a bit too difficult and the reduced graphics also could never quite enthuse me.The great music by Mr. Hubbard is the sparkler here for me, the game itself goes into my category of "ritual self-punishment". Nevertheless I give 5 out of 10 points."

Slamy: "I have first seen the C64 version of the game via the fan portation for the Vectrex by Emix8. The game runs on the C64 3x faster and therefore is a bit more fun there. Interestingly, the game is just predestined to be ported onto the Vectrex, as the graphics consists of lines on black background - with exception of the background graphics. To give another comparison, I have also played the versions for the ZX Spectrum, Atari ST and CPC. The ZX Spectrum version has nothing to do with the one on the C64 concerning physics and levels. The Atari ST strongly resembles it, but has some changes in the levels. The CPC version on the other hand is a 100% conversion, which is about as fast as the Vectrex version. I have played the game on the C64, the Vectrex and the CPC and rate the game as a classic. The game principle is interesting, "fast paced" and seems to incite you. What is negative, is the slightly raised difficulty grade in the C64 version, which is partly based on the higher speed of this version. Added are a few difficult locations every now and then, which need to be mastered. All versions have the problem, that all levels repeat four times with variations. Vectrex:9/10 ( Vector bonus ;-) ) ____ C64: 7/10 ____ CPC: 5/10 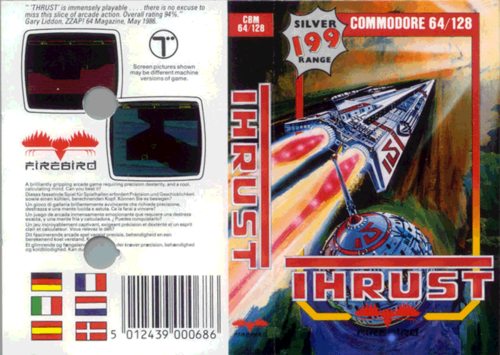 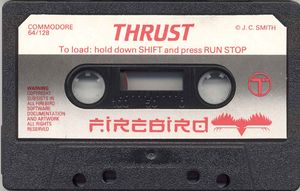 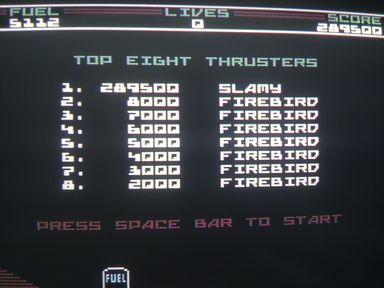