Super Nibbly is a development of Nibbly '92 from 1992. Here you play the saucy worm "Jean Flups" on the map of Nibbland from town to town (whereby each town consists of 4 maps). As a speciality, many extras are hidden in the levels (bonus time, extra points, etc.). Furthermore, you can shoot your own head with the help of Pucks and by this keep the body short. In the higher levels, there are one-way streets and you can proceed over or under bridges. There is also a level with invisible pills.

The single levels (villages) can be chosen with a password. In the game itself not much has happened, the extras were added. The sound is as good as in the previous version. As an intermediate sequence there is the map with a cutely animated worm. The highscore liste is not saved in the original version (but see version "Super-Nibbly-(+hi)-(v1)") 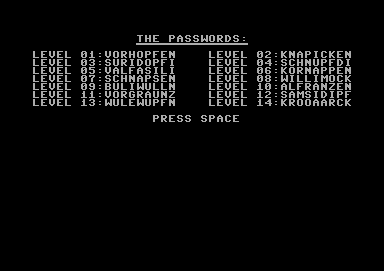 FXXS: "If you liked Nibbly '92, you will get a successful follower. If you did not know Nibbly before should rather try the forerunner first, the time limit and level desgin are not really beginner-friendly but varies in the higher levels between mere speedruns and puzzle rounds. All-in-all a 8,6, so a close 9."

TheRyk: "The bonus items and the 'pucks' you need to complete some of the levels are nice extras. Graphics are pretty much the same as in the predecessor, but there's more and better music and a bunch of new surprising and challenging levels. Great stuff, Sommer family, 9 points!" 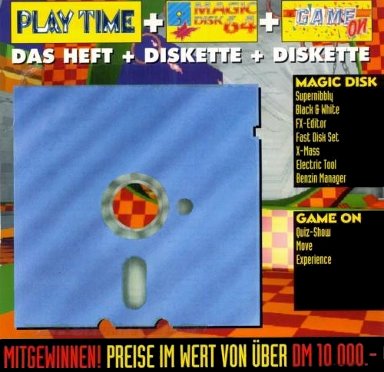 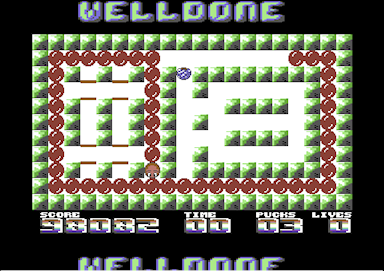