Fights shock the country and the only rescue can be found in the magic of the temple of Apshai. Unfortunately, in the course of time the location of this temple has fallen into oblivion. Many heroes have tried to find it, but all of them were killed. A legend says that only the blood of the greatest hero of Apshai will be able to relocate the lost temple. Stupidly this "greatest hero" has no blood any more as he was killed during the fights. But hope is not lost yet, as a wise man, Merlis, has found the son of this fighter, who also fulfills the prophecy. And so you are led to the entrance of the dungeons to find a save way to the temple... 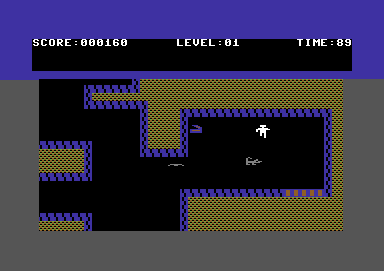 An image from the game.

"Gateway to Apshai" is an action adventure (role play) for one player with a view from above and scrolling in four directions. The aim of the game is to reach as many points as possible. You have 6,5 minutes to explore as much as possible of a level. After this time you are autoamtically teleported to the start of the next level.

Each of the 8 levels consist of 16 dungeons. Every dungeon has about 60 rooms. So this makes altogether about 7500 different rooms. Each of the 128 dungeons is built differently.

- The screen flashes red when you are hit by a monster, and green when you hit a monster.
- With F7 you can change the weapon.

You get points by collection treasures. The type of treasures are: necklaces, chests, coffers, chalices, sceptres, crowns, and plaques. The number of points result from the type of material of the treasure and the level number, where it is found. Exampled: if you find a crown of gold in level 6 and gold has a basic value of 100, you will receive 600 points.

The different maps are generated using seeds which are stored (cartridge version) starting at $BED6 as follows:

The seed for dungeon 8 at level 7 ($93 at $BF3D) can't generate a valid map, so if you reach that level and choose dungeon 8 the map generation will never end and the game will freeze.

In order to continue playing, you should avoid choosing that level.

The above POKE didn't work for me, so I reverse engineered/disassembled a bit.

The information below comes from an analysis of the cartridge image, probably work on tape/disk, but the analysis was done with the game running.
After getting all the info I used a hex editor to create a modified cartridge with unlimited lives, unlimited time, and initial stats set to higher value only for fun. I should say that, as with most cheats, this ruins the gameplay on the long run.

The above change can be implemented from VICE monitor with:

Initial stats are set (to 3 points each) here:

For some reason it didn't accept changes to Strength or Luck on the first try if done directly at memory locations $1915 and $1917 (Agility changes worked), need to check further.

Health is not stored, but calculated as Strenght+Agility+Luck.

Note 1: I've never seen a staff while playing, was able to get one by modifying the inventory, so I don't know what it is used for (does not seem to be a weapon, or at least using one it didn't change my sword).
Note 2: by mistake you can use a 2-hand sword AND shield (3 arms? lol).

The number of arrows is stored here (of course you also need a bow to use them):

TIMER, this one was trickier to find.

Robotron2084: "I have digged up Epyx's commendable attempt to deliver an action role play with joystick operation some days ago after a 20-year long pause, played it intensely and would more or less describe it as monotonous monster bashing with marginal graphics.
Compared to other games of this genre at this time as Sword of Fargoal or Telengard GTA drops off, instead there are too many defects in the game design. So essential data as characteristics and life points e.g. constantly need to be called up laboriously over the keyboards and constantly needed actions as fighting and opening of doors/locating of traps need repeated pressing of the corresponding buttons. This just sucks!
In addition there is the excessively represented idling, that you have literally, as the once occupied parts of a dungeon will not be refilled with monsters. This might be "realistic" - as far as this term is appropriate in a fantasy role play - but it also takes the excitement away. It is also irritating NOT to give points for killing the monster, it is very unusual. So you walk mediumly bored through the eventless dungeons until you at best reach the eighth level, whereupon the games will not progress any more but just loop. Unless you will get the victim of one of the in 95% of all games appearing programming mistakes with teleport traps, which beams you out of the game area and at worst at the same time switches the keyboard off so you cannot go on. The game can also do spontaneous crashes, but this happens much less frequently.
GTA is classical case of a game, that I had better in mind, but which I today can only give gnashingly 5 out of 10 points due to its many weaknesses". 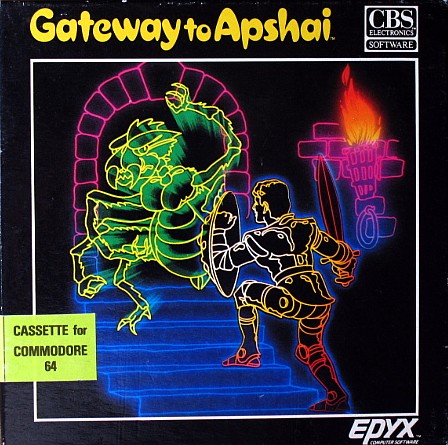 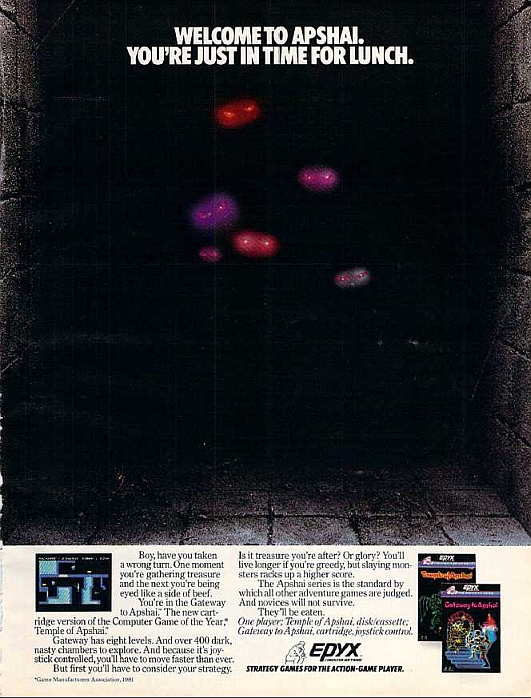 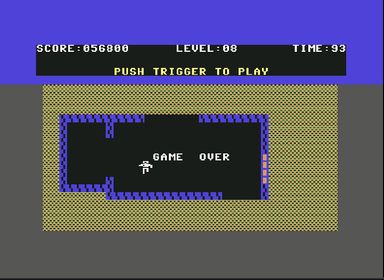