Axis Assassin is a shooter by Electronic Arts from 1983. In this shooter based on Atari's arcade machine Tempest it is the player's task to endure as long as possible against the "Master Arachnid" - a gigantic spider creature - and its hordes of insect-like robots. The happening takes places on a pseudo 3D display game area which is divided into three tracks on which the "Axis Assassin" controlled by the player can move to the left an right as well as the "depth" of the screen. Hordes of attackers storm towards him, that need to be fended off with generous covering with permanent fire from all pipes. If a certain number of enemies is eliminated, the Master Arachnid appears and starts to flood the net with silk. But if the player still makes it to hit the chief spider, he will get sucked into the next level and the shooting will go on there with increased difficulty.

At the start the player has three screen lives and each a smartbomb per level to be able to kill all enemies at once. You can get extra lives by risky manoeuvres, at which you ignite a smart bomb shortly after you have shot the Master Arachnid. You are then teleported into the spider's nest and have to try to rescue a cocooned Axis Assassin from the claws of the Master Arachnid. For this the cocoon needs to be shot open and the captive has to be collected without touching one of the numerous guards of the nest or the spider itself. Furthermore there is more pressure due to a time limit.

As the Tempest machine was a vector graphics game and the C64 has its problems with the fast display of vector graphics - as it is well-known - a trick was again used here and clad bitmap graphics serve as vector graphics. The degree of abstraction of the original was kept, so that simple geometric shapes dominate, the design of the Master Arachnid is the most elaborate graphic that you will see in the game. The reason why only four colours were used might be that one is dealing with a quasi 1:1 port of a game originally written for the Apple II. The sound underlines this impression: next to different versions of white noises there is only unspectacular peeping and cheeping. Furthermore one notices well the jerky movement patterns of the enemy and a well noticeable slow-down of the action when a lot is going on on the screen, e.g. at the end of a level when the chief spider appears.

: controlling the Axis Assassin, in the title screen choose the starting screen

Robotron2084: "This early attempt of a Tempest copy is despite its additional features in my opinion a clear fail. What is left from the rapid action of the model is only a poor tired copy with unprecise collision query and permanent slowdowns, which looks quite tolerable but simply gets unplayable in the higher levels due to these deficits. You just cannot react precisely due to the jerking of the enemies, as you never know exactly, when and where the strange collision query will strike again, the whole thing degrades more to a gamble than a reaction test. Here a mess was made on the technical side, because such a game has to have fluent movements or else it is no good. Also the nice crazy sounds of the original game degenerated to a mixture of chattering and snuffling, this sounds more like a high speed steam train than a space shooter....sad. From all games by Electronic Arts from the early dars, Axis Assissin is for me definitely the rotten egg in the basket, I at best like the very stylish-made cover, the game is well forgettable. 4 out of 10 points."

TheRyk: "Nothing against vector graphic shooters, but this one is so terribly flawed that I'd almost call it trash. For its time, you might rate it as barely playable, 3 out of 10."

Some highlights from the game. 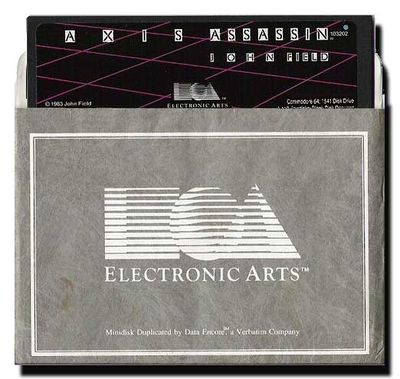 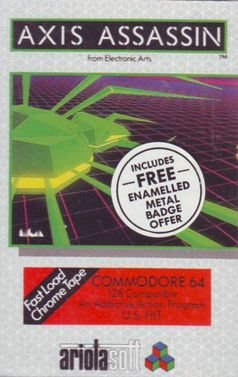 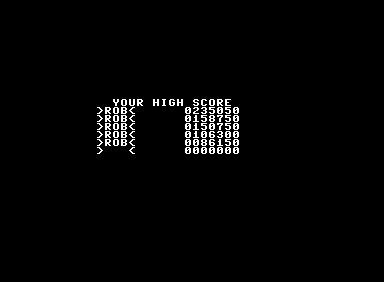