From C64-Wiki
(Redirected from 6526)
Jump to navigationJump to search 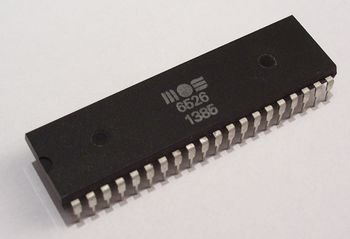 The CIA (Complex Interface Adapter) is an interface chip used in the Commodore homecomputer. It controls most of the I/O processes and contains as well the internal timer (clock). The CIA was developed from the Semiconductor manufacturer MOS Technology, which was taken over in 1976 by Commodore. Inside the C64 there are two CIA 6526 chips used; later C64-versions may also use the 6526A or the 8521.

The following memory addresses are used from the two CIA-Chips in the C64:

The second CIA-chip is identical to the first. Therefore in the following table are only entries which are specific to the usage in the C64.