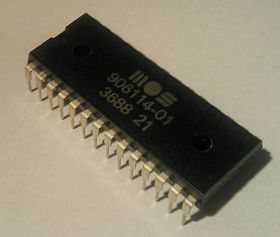 The Programmable Logic Array (PLA) is a hardware programmable chip in the C64 which only contains combinatorial logic.

Designed by Dave DiOrio, the PLA is used to create chip select signals received from various other signals. These signals control which chip is to be connected to the data bus. Therefore the PLA is responsible for dictating the memory map of the C64 and enables the implementation of bank switching. Commodore engineer James Redfield said it was the "glue logic to tie everything together". The final version of the PLA logic was REV3.

This chip is failure prone, especially the earliest models. Eventually, the third party PLAs were created, such as the SuperPLA, realPLA, U17 PLAnkton, PLAtinum, PLA20V8 and also PLAs based on eproms as a replacement part. 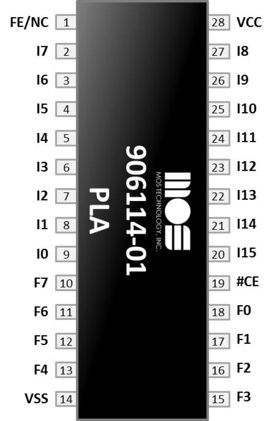 Pinout of the PLA