The company was founded in 1984 by programmers John Vanderaart, Cees Kramer, Edwin Neuteboom, and law student Leonardo Jacobs. Later on, Mr. Roosendaal and Wijo Koek also worked for the company.

Several games, adventures in particular, were also published in Dutch. A big success was a topography program for the Netherlands, which was later adapted for France, England, Germany, and later on Europe, the USA and the world. It was also used in a Dutch TV game show.

After Radarsoft tried to get a hold on the US market in 1986, which was, however, unsuccessful, they withdrew from the video games market in 1987. 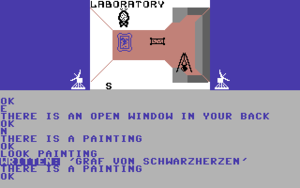 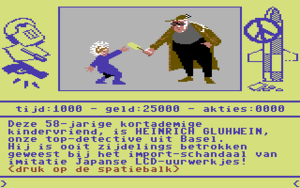 The introduction of the Dutch language adventure "Hollanditis" (1985).