In this game similar to Pac-Man you steer a drilling head that needs to collect all points in the aisles of the level. During this, enemies move horizontally on each plane. You can "eat them" with the drilling head, but if they touch the pipe the player will lose a life. So if an enemy gets too close to the pipe, you need to quickly climb up again. The difficulty is to choose the paths in dependence of your current position, so that you have enough time to advance to the deeper layers.

The screen shows the oil refinery in the upper third and below this the soil with the aisles. Each of the eight levels is designed differently and caringly. In the refinery the available time and the drilling heads that are left are shown in the upper left and in the upper right you can see the points. On each plane there are two individual enemies. Unfortunately, the music only consists of a simple bass riff, but there are plenty of sound effects.

After finishing the 8 levels they repeat and the enemies get faster each round. When you have played through all levels three times it gets as fast as in the first round.

The first three rounds can be chosen before the game as difficulty grades:

Points for the monsters[edit | edit source]

The game area is divided into 18 lines. At the start of the level the drilling head is in line 1. Except for a small shaft in level 7 there are no aisles there. Line 18 forms the lower border of the game area. The lines 2 and 4 to 17 can be occupied with aisles in which the monsters appear. In line 2 you get 20 points per monster, in line 4 you get 40 points and in line 5 you get 50 points etc. until line 17 with 170 points per monster. Line 3 is not ocuppied in any level, so that no monsters appear in line 3. So there are no monsters that get you 30 points.

Artur83: "Graphics and sound do look their age, but the game is rapid and challenging. A very good game principle with a great fun factor".

blubarju: "There is nothing to object to in this game. An all around successful game that is fun. 7 points from me".

ZeHa: "One of my absolute favorites, such a great concept and I also love the mood created by the background music and the sound effects". 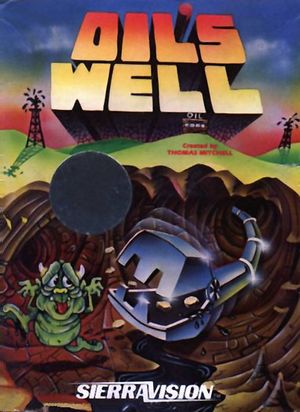 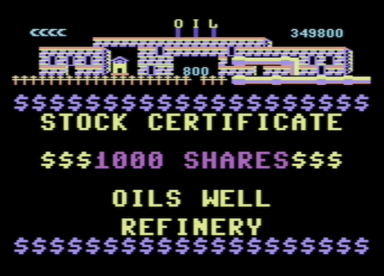