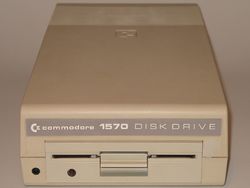 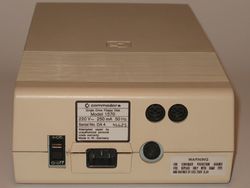 On each Disk there are 174,848 bytes available, from which 664 blocks are usable and the maximum amount of entries in the directory is limited to 144.

Memory mapping and Test-/Demodisk of the 1570[edit | edit source]

The memory mapping and the content of the Test-/Demodisk of the 1570 is same than for the disk drive 1571.

The disk drive 1570 can be controlled through the following methods: