The British game company Apex Computer Productions was developed games for the Commodore 64 in assembler. The two brothers, John and Steve Rowlands, founded the company in the late 1980s. The games were distributed through the publishers Thalmus and Hewson. They were the creators of the well-known jump'n'run game series Creatures, parts 1 and 2 of which were released for the C64. The most recently developed C64 game Mayhem in Monsterland was distributed directly by Apex Computer Productions, of which 2 anniversary editions were released by Psytronik Software after 15 and 25 years.

The company was dissolved in the mid-1990s. The brothers founded other companies such as Digital Graffiti (1999-2000) and from 2003 Infinite Lives Ltd, which is still active and is considered an indirect successor. Today, Java-based mobile phone and smartphone games are developed. 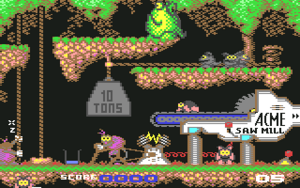