It consists of a SCSI adapter designed for the C64 and a then commercially available internal SCSI hard disk in a housing with its own power supply unit, as well as several connections for operation on the C64 / 128 and a SCSI Port for additional SCSI devices.

It works with JiffyDOS, but its speed advantage can only be used if JiffyDOS is installed in the computer's Kernal. Internally it works with the so-called Boot-ROM, which is housed in an EPROM and the HD-DOS in the system partition.

The drives 1541, 1571, 1581 can be emulated, which are created as partitions on the hard disk. Native partitions can also be created, the size of which can be freely defined by the user in 256 - block steps. A native partition can have a maximum of 16 Mbytes. ([1 to 255] tracks * 256 blocks or sector s * 256 bytes). A total of 255 partitions can be set up (partition no. 0 is already occupied by the system partition). Thus, the HD-DOS can manage a maximum of 4 GBytes. However, you need the last published Boot ROM version (2.80) to be able to operate a hard disk with a capacity of more than 1 GByte.

Additional SCSI devices can be connected to the SCSI connection. This was achieved with additional hard drives to increase capacity, the Zip drives popular in the late 1990s, and CD-ROM drives. With the software CDROM-Commander , the latter gave the user the option of extracting disk image s from data CDs directly on the C64 onto the hard disk. There was also a program that could play audio CDs. The audio sound must be tapped at the audio output of the CD-ROM drive.

It is possible to replace the internal SCSI hard disk with a CF card (with SCSI-IDE adapter and IDE-CF card reader).

In addition, the CMD-HD offered a real-time clock, which was buffered by a battery. 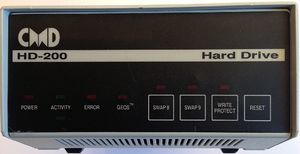 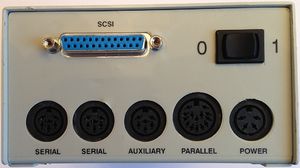 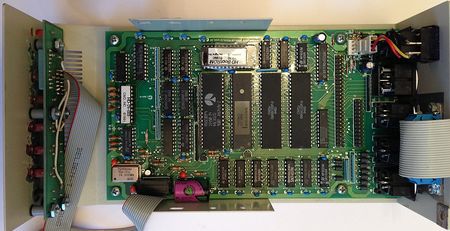 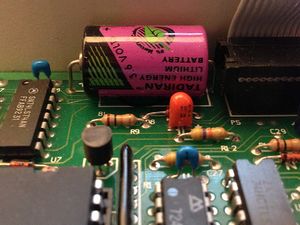 CMD-HD circuit board section with the battery

With HD track and sector access, it is important to remember that the track and sector layout conforms to the norm of the partition type in which the access takes place. This method allows the HD to become compatible. If an access occurs in an emulation mode partition, the track and sector layout of the partition is identical to the drive it is emulating. The tables in this section determine which tracks and sectors are present in each partition type and where the header, BAM and directory blocks are located. This section also provides information about the BAM format and directory entries, as well as the format of the various file types.

The formats of the partitions and the file formats differ in the individual partition types. In this section these differences are shown graphically in the form of a diagram. The partitions of a 1541, a 1571, a 1581 and a native partition are compared with each other. 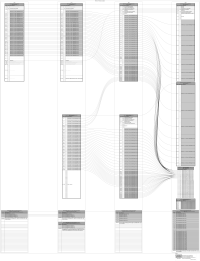