The Commodore MPS-1200 is a dot matrix printer (stylus printer) from Commodore released in the year 1986. MPS stands for Matrix Printer System, an invention from Commodore.

The Commodore MPS-1200 was one of the later printers offered by Commodore for its home computers, in order to provide more functionality and match the modern slimline designs of the Commodore 128 and Commodore 64C. It was a Commodore-branded and modified Citizen 120D. The printer used fan-fold paper via a paper tractor, or friction single sheet feed. The print resolution was a 9x9 matrix at 10 characters per inch. The printing speed was about 120 chars per second in draft mode, 24 cps in NLQ mode.

Because of its 9-pin print head, the printer supported character descenders not acheivable on earlier printers. The printer also supports bi-directional printing, for faster printing. The printer supported both the serial IEEE-488 interface, as well as an optional parallel interface for the Amiga and other Centronics based computers ("IBM mode"). Through a removeable side cartridge which contains a set of dip switches, these cartridges determine the printer mode. The MPS 1200 has two modes which determine how it reacts to different printer control codes, Commodore mode and Epson mode. When the switch is set to the OFF position, the MPS 1200 behaves like a Commodore 1525 or MPS 803 printer. With DIP switch 1-3 set to ON, the MPS 1200 emulates an Epson FX printer. The 1200P model contains the Centronics port cartridge instead of the serial port cartridge, and the 1250 contains both.

For manual paper-handling there was a mechanical handwheel on the right side of the printer. Additionally switches are provided for taking the printer on/offline, incremental linefeed, and form feed. 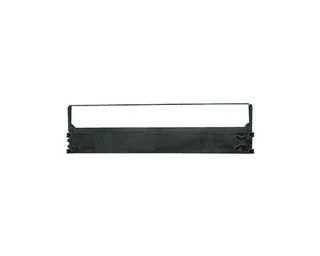